Sydneysider Tonsor Could Return For Winter 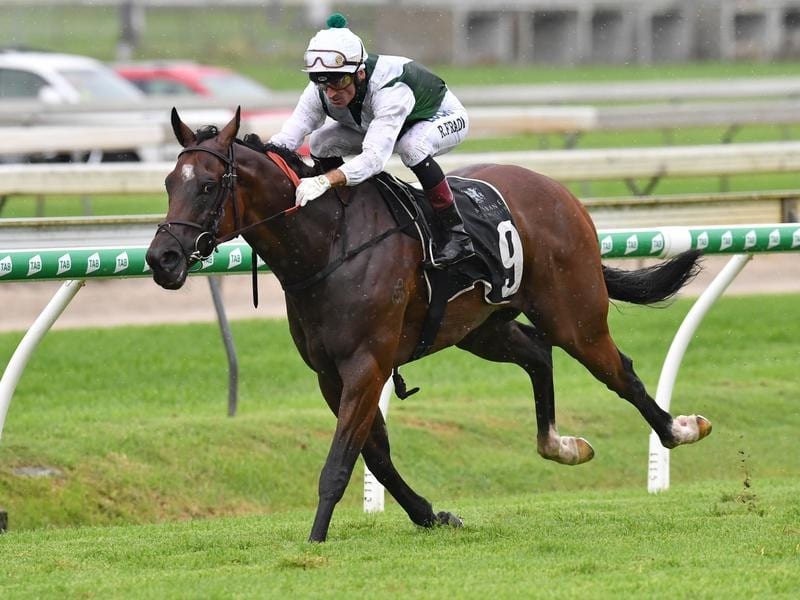 Veteran jockey Robbie Fradd will urge Sydney trainer Matthew Smith to bring brilliant sprinter Tonsor back to Brisbane for the winter carnival after his impressive win at Doomben.

Smith accepted with Tonsor in an Open handicap and a restricted-class race but decided to give the well bred gelding his chance against the better horses.

It proved the right decision as Tonsor ($2.15) won by five lengths to The Chairman ($12) to take his record to five wins from eight starts.

Tonsor is by recently deceased super sire Redoutes Choice out of the 2010 VRC Oaks winner Egyptian Pulse and was originally a $300,000 buy as a yearling.

After a stint with Paul Perry at Newcastle, where he did not start, Tonsor has been with Warwick Farm trainer Smith for 18 months and been taken along slowly.

“That may have looked easy but winning no race is ever easy. I will bring him home to Sydney and we will see where we go from there,” Smith said.

“We will back for the winter but when I am not sure.”

Fradd, completed a winning double after scoring on Le Juge earlier, could not hide his admiration for Tonsor.

“That is a very good horse. I was warned he could over-race if you try and bring back him back to you. But he travelled well today and he was too good for them,” Fradd said.

“He won’t have any trouble with 1400m and there are plenty of races for him. He is definitely a stakes horse at least and I think they should bring him back.”

Trainer Michael Costa was happy with the run of The Chairman who was having his first start since last May.

“He is better known as a stayer so we can look for something a bit longer,” Costa said.

Veteran Stella Ombra ($21) ran his best race for some time to finish third.

“There might be a bit of life in him yet,” trainer Kelly Schweida said.