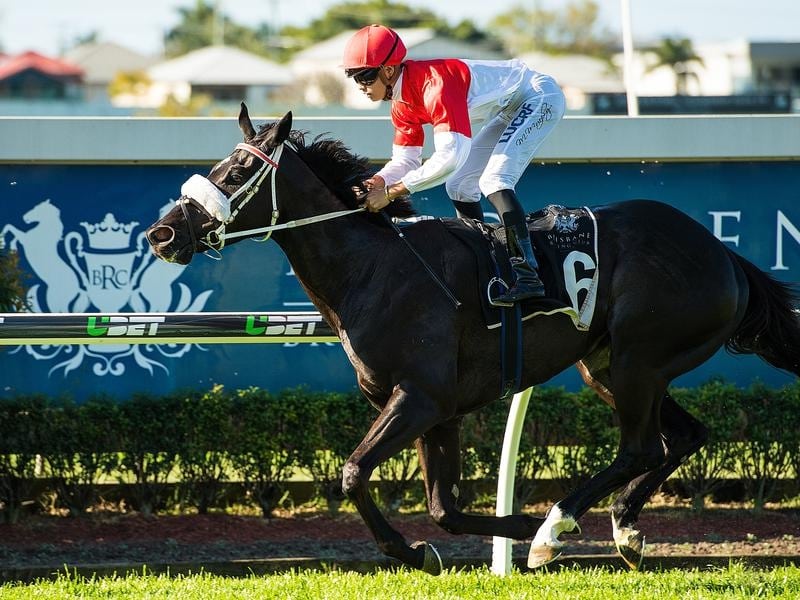 A trip to Sydney has sparked Prioritise into some performances which have amazed even his trainer Steve Tregea.

Tregea said Prioritise, who took his prize money to $350,000, had now won more than any horse he had trained.

A Darling Downs-based owner-breeder-trainer, Tregea said Prioritise had turned the corner since a trip to Sydney in August.

“He really has toughened up. He is a stronger horse. If I had said 12 months ago he would be my biggest earner one day you would have laughed at me,” Tregea said.

“He has amazed me with the way he has been racing.”

Prioritise was scratched at the barrier last week when being tried for the first time over 2000m.

“Prioritise lashed out but he came through it well and they put him in last today which helped,” Tregea said.

Meanwhile, Jockey Jeff Lloyd didn’t let a hiccup in his spring plans worry him when he produced a daring ride to win on Stella Victoria and give trainer Robert Heathcote a birthday double.

Lloyd was suspended for eight days, starting on September 22, after winning on Starkers at Ipswich on Friday.

He quickly bounced back to record his 20th metropolitan win of the season when he led all the way on Stella Victoria ($4.40)

Heathcote, who turned 59 on Saturday, said Stella Victoria would have a start in a Class 6 in two weeks time and then be prepared for stakes races during the Brisbane summer.

“We didn’t think there would be much pace in the race and we decided to lead. There is no better man on a leader than Jeff,” Heathcote said.