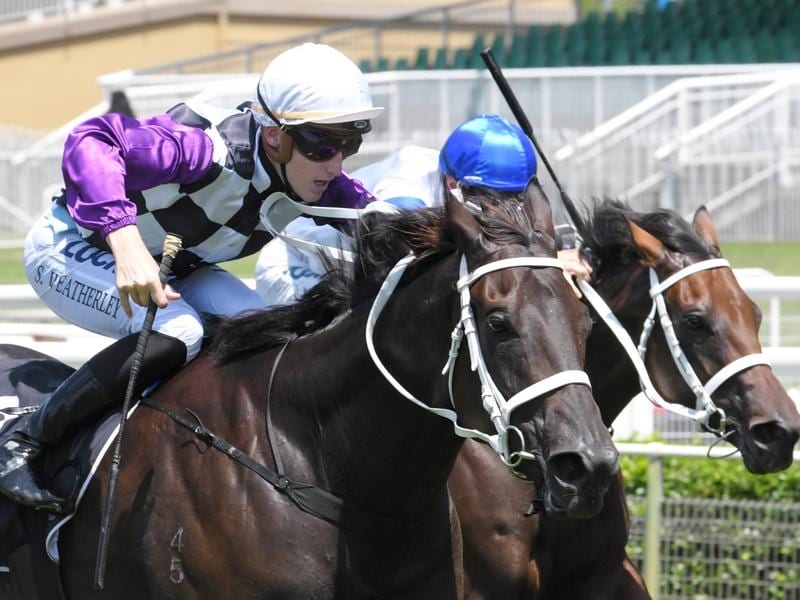 Chris Waller always knew Lady Cuvee’s pedigree would count for something despite the filly making an inauspicious start to her racing career.

But for all of his mastery as a trainer, not even Waller was sure if the three-year-old was ready to do what she did at Warwick Farm on Wednesday.

The outsider of Waller’s four runners in the Events By ATC Handicap, Lady Cuvee ($10) overwhelmed her rivals in the 1400m race.

She came from the second half of the field to beat stable companion Savigne ($6) by a length in a performance that Waller expects to hold her in good stead as the distances get longer.

Lady Cuvee’s win was a notable lift on three provincial defeats in her first campaign but Waller was confident her results would improve with time and experience.

“She’s a well-bred filly by Savabeel so you would expect her to start switching on about now,” he said.

“That was about the only real positive thing we could take into today but give them their opportunity and they’ll run well.”

New Zealand sire Savabeel’s progeny are at their best over extended journeys and now that Lady Cuvee has broken through she seems certain to have some role in Waller’s autumn carnival squad.

“Being a filly by Savabeel at this time of the year you’d like to think she’d get towards some black-type races,” Waller said.

The same might be said for Savigne who already has a profile thanks to her family connections.

Savigne is a half-sister to Kermadec, retired to stud after winning the Doncaster Mile and George Main Stakes at Group One level in 2015 for Waller.

“She’s been another horse who has been a later developer,” Waller said.

“Kermadec didn’t race until he was three (years old) and she is doing the same.

“Give them the races when they are ready to race and they’ll perform up to the best of their ability.”