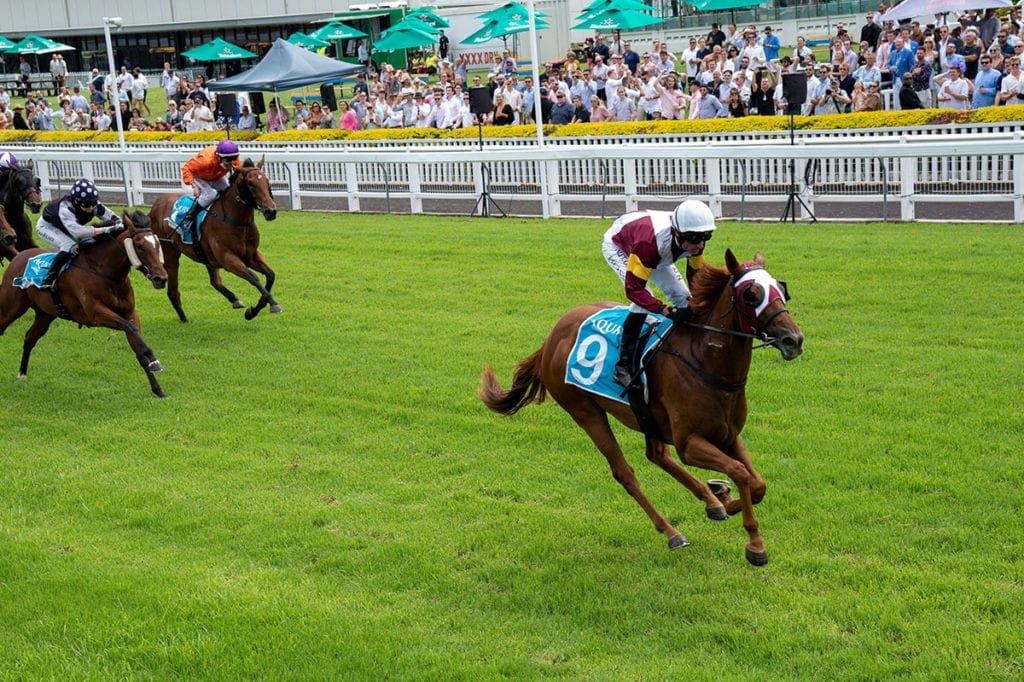 Tulloch Lodge will rely on improving filly Swift Witness in its quest for successive Golden Slipper wins and co-trainer Adrian Bott is hoping her barrier draw is an omen.

Farnan proved too brilliant for his rivals last year from barrier 12 to give Gai Waterhouse a record seventh Golden Slipper and Bott his first.

Swift Witness came up with the same gate for Saturday’s renewal and her trainers hope she can travel closer to the speed than she did when charging home to just miss behind Slipper rival Glistening in the Reisling Stakes three weeks ago.

Bott says the build-up to this year’s race has been a vastly different experience from 12 months ago when Farnan was the top fancy, while Swift Witness is rated a +3000 chance.

“He was the favourite, so I felt a lot more pressure with him going into the race last year,” Bott said.

“This year has been a bit different with it being delayed. The build-up was all there last week and it has been a different feeling and build-up this week because of that, but also because there was a lot more eyes on Farnan last year, whereas we’re flying a bit under the radar this year.

“We don’t mind that by any means. I’m still happy with our chances going into the race.”

Swift Witness was blooded during the summer when she finished third in the Wyong 2YO Magic Millions on debut before breaking her maiden at the Gold Coast.

She was given a short break after finishing midfield in the Magic Millions Classic in January and showed she was up to the better fillies with her Reisling Stakes performance.

“Definitely that (summer) campaign really helped. She knows what it’s all about and just that strength and residual fitness she has maintained, it’s a big help going into these big races,” Bott said.