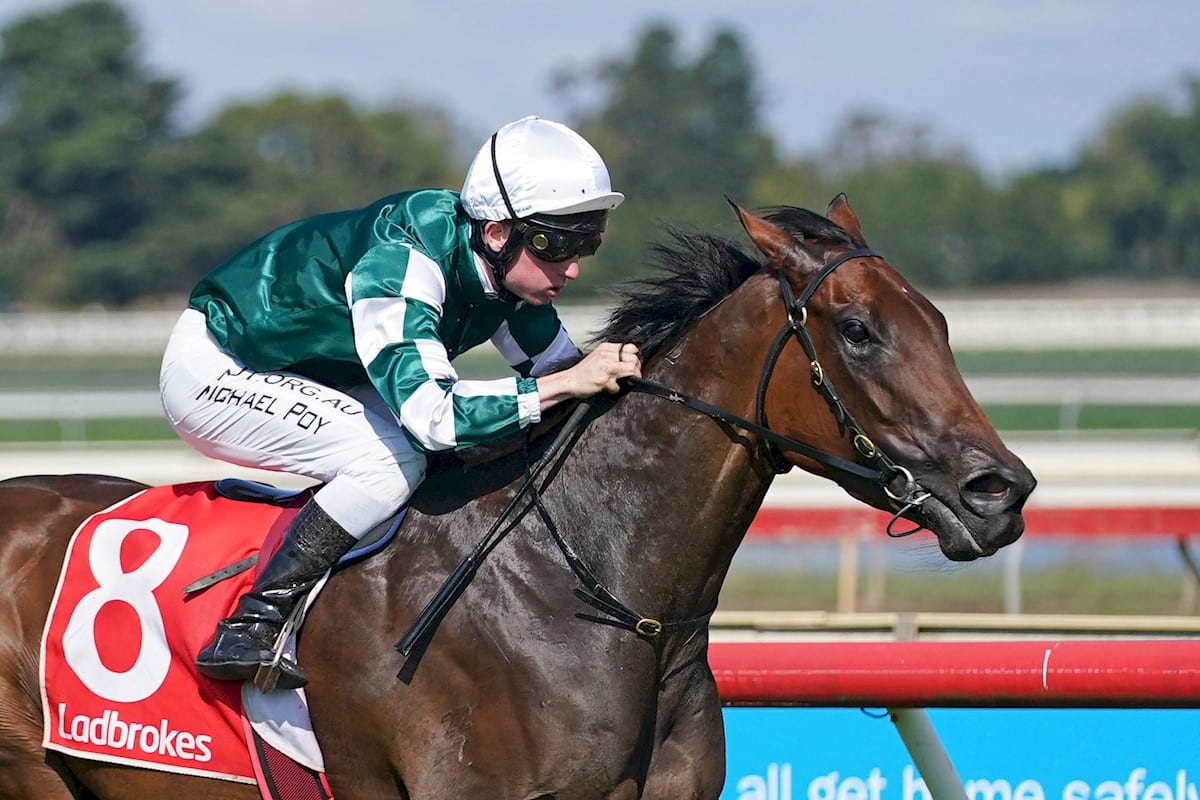 In trials ahead of Sweet Sixteen’s current campaign, Michael Poy thought he was riding a city grade horse, so he was pleasantly surprised to find she was still a maiden.

Sweet Sixteen is no longer a maiden after taking out the Growmaster Sale Plate (1205m) at Sale on Wednesday.

Poy was aboard the Peter and Paul Snowden-trained three-year-old in those jumpouts at Flemington ahead of her first-up run and believes Sweet Sixteen can reach greater heights.

“I did two trials on her and thought she was close enough to being a city horse,” Poy told racing.com.

“I was surprised that when I looked at her form, she was still a maiden.”

“We had ridden her cold in both her trials and I came back and said she could have easily won them,” Poy said.

“I thought she was going well and would improve with some headgear on, which may come in time, in a 1400-metre race.

“When she hit the front, she was quite lost. In her trials she didn’t win them, but cruised up with horses around her.

“This time, hitting the front, she had her ears pricked and it was good to see her put them away.”

Snowden Racing representative Andrew Angelone said he was worried during the race whether the filly would gain a split at the appropriate stage.

He said there are no big plans for Sweet Sixteen.

“I don’t think she’s one that you can throw straight into the deep end,” Angelone said.

“She will learn a lot from that as when she hit the front, she started stargazing and half wanted to pull herself up.”