Sweet first as Borges gets his Hong Kong win 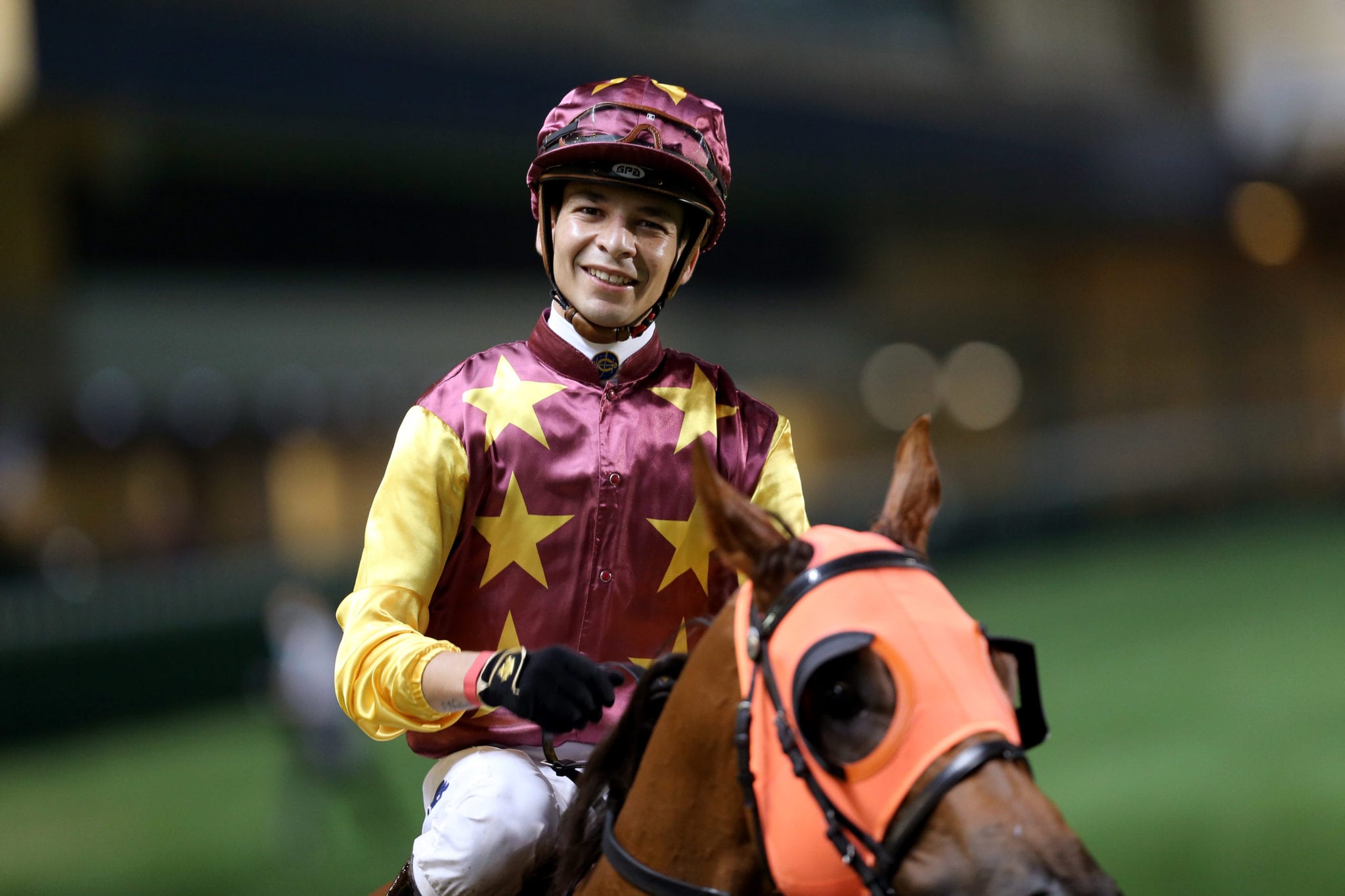 Vagner Borges realised a dream when he bagged his first Hong Kong win at Happy Valley last night (18 March) with an all-the-way success aboard Very Sweet Orange in the Class 3 Cassia Handicap (1000m).

“My dream was always to come to Hong Kong and to have a winner here, I’m very happy,” Borges said, through his interpreter, Luis Lopez.

The 26-year-old Brazilian broke cleanly aboard the Me Tsui-trained galloper to hold the front, and from there fended off the late challenge from Amazing Kiwi (120lb) who missed by half a length. The win was Very Sweet Orange’s third in succession.

Brazil’s four-time champion jockey returned for his second short-term contract with nine rides last Sunday (15 March) when his best result was a runner-up effort for Tsui but tonight he managed to go one better for the handler.

“I just want to say thank you to the trainer for giving me the opportunity, I’ve waited a long time for this and I want to thank the trainer and the Jockey Club for the win,” the jockey said.

Borges, has followed fellow countryman and three-time Hong Kong champion jockey Joao Moreira to a career in Hong Kong, as well as three-time British champion Silvestre de Sousa – both riders have paved the way to lift the international profile of Brazilian riders in recent years and Borges hopes he can do his bit too.

Tsui heaped praise on the Borges’ cool and collected approach throughout the race, as he held the rail without expending too much energy, while rival Frustrated (123lb) was forced to work and settle outside of him.

“Vagner was very clever when the horse went close to him but he stayed at his own pace and did well,” Tsui said.

Borges revealed: “I studied the race a few times and when I got there, I made sure the horse went to the front and then I used the whip early to make sure he got there.”

That study paid off, and with over 1600 career wins in Brazil, including 14 Group 1s and a Brazilian Triple Crown aboard Bal A Bali on his resume, the next chapter of the exciting talent’s career has officially begun.

“I like him – he’ll keep learning about Hong Kong racing and improving and I will keep supporting him,” Tsui said.

A born-again Valley specialist, Very Sweet Orange secured his fifth win at the city circuit from his last nine starts after going winless in his first 14 starts. Tsui credited that success to maturity.

“The horse is mature this season – he saves his energy now by not going too quick the first 800 (metres),” Tsui said.

Amazing Star put a mishap in the gates behind him last month with an impressive win in the night’s Class 2 Begonia Handicap (1200m), securing Hong Kong’s champion jockey Zac Purton a double and his sixth win from the last two race meetings.

The brace moved him to within two wins of championship leader, Joao Moreira, who remained on 87 wins after drawing a blank.

“There were some very fast horses in that race and I drew wide, so I expected them to make me work a little bit but he just has so much natural speed – he seems to get there fairly comfortably and then it’s just a matter of getting him to switch off in the run and then for him to relax because he’s very competitive,” Purton said of Amazing Star.

The Darci Brahma gelding broke cleanly but was forced to settle wide throughout from gate 11 in the early stages before being able to slot in outside of leader, Moment Of Power (121lb). The five-year-old hit the front in the straight to record a three-quarter-length success.

“He’s so used to being in front on his own and he had to adapt tonight and I thought he adapted quite well – it was credit to him,” the Australian said.

Trainer Jimmy Ting was also pleased, that his plan had come to fruition with the gelding.

“If he didn’t break through the gates last time I think he would have won, but anyway, he needed to trial and in that he was lucky that the same leader was in the trial as tonight because I wanted to see if he could sit and chase a little bit which he did,” Ting said.

The handler suggested that his gelding had earned a break, after securing his fourth win this term off a mark of 94 after kicking off his campaign on 58.

Purton kicked off his double in the opener, grabbing the Class 5 Wistaria Handicap (2200m) aboard Garlic Yeah for trainer Dennis Yip.

Vincent Ho bagged a confidence-building double on the card ahead of his pairing with Golden Sixty in Sunday’s HK$20 million BMW Hong Kong Derby (2000m).

Karis Teetan returned from a riding suspension to partner the Chris So-trained Exceptional Desire to his fourth course and distance success in the Class 4 Osmanthus Handicap (1200m).