Sure Cup Bet Is Only One Owner In G-String 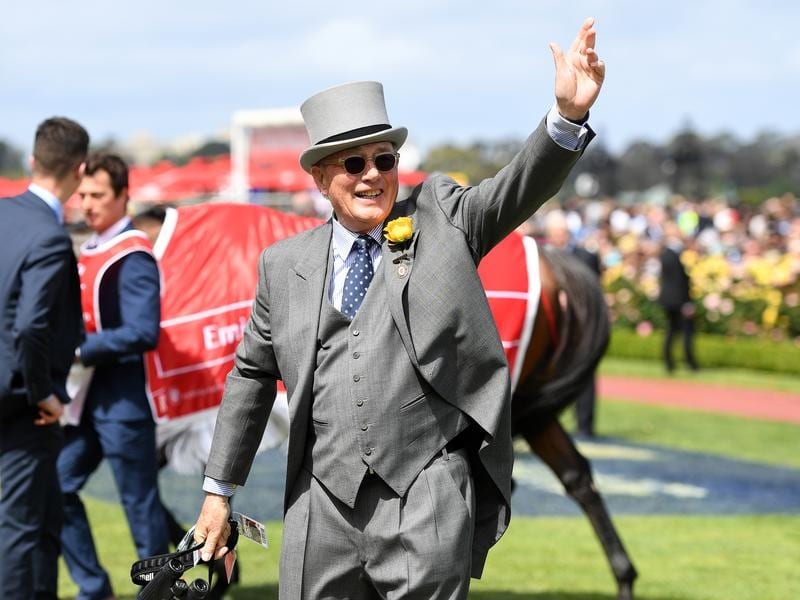 The only sure bet on the Melbourne Cup is that Lloyd Williams, or anyone else for that matter, won’t be taking on “crazy owner” Dr Marwan Koukash’s promise to accept the trophy in his G-string.

Mr Williams is out to add a seventh Cup to his already record haul.

But there are many others hoping to get in his way such as the ruler of Dubai and head of the world’s biggest racing operation Sheikh Mohammed, who has been trying to win the Cup for 30 years.

And then there’s Dr Koukash, the Palestinian refugee turned British billionaire who is adamant his horse Magic Circle will win what he classes as the best race in the world.

He is equally determined to celebrate by stripping down to his G-string, despite the Victoria Racing Club saying it would be a shame if the enthusiastic owner had to miss the presentation due to a ‘wardrobe malfunction’.

“When we win the Cup, shortly after 3 o’clock Flemington will see something they have never seen before and are unlikely to ever see again,” Dr Koukash declared.

“They’re going to have a crazy owner wearing nothing but this, a tie and socks,” he said, showing off a bright pink G-string.

“That crazy owner is me.”

Irish trainer Aidan O’Brien, who had to settle for second in last year’s Cup behind his son Joseph, trains Rostropovich as well as both of the Williams family’s runners Yucatan and The Cliffsofmoher.

Finche part-owner Peter Tighe, who is no stranger to racing success as one of the owners of Waller’s four-time Cox Plate winner Winx, has been enjoying the Cup lead-up.

“It’s fantastic, it’s what we race horses for.

“We enjoy every minute of it.”

The Melbourne Cup is the race that “drives us all”, the Youngstar jockey said.

“If I could win it, it’s going to be the greatest race on earth.”

“You get out of bed very early and spend a lot of time on the back of horses.

“This is the one goal, we want to tick this box and win our grand final.”

More than 90,000 people are expected at Flemington and they will need to be armed with umbrellas.

The Bureau of Meteorology has predicted a rainy morning, easing to a few showers by race time, with a maximum of 20C.