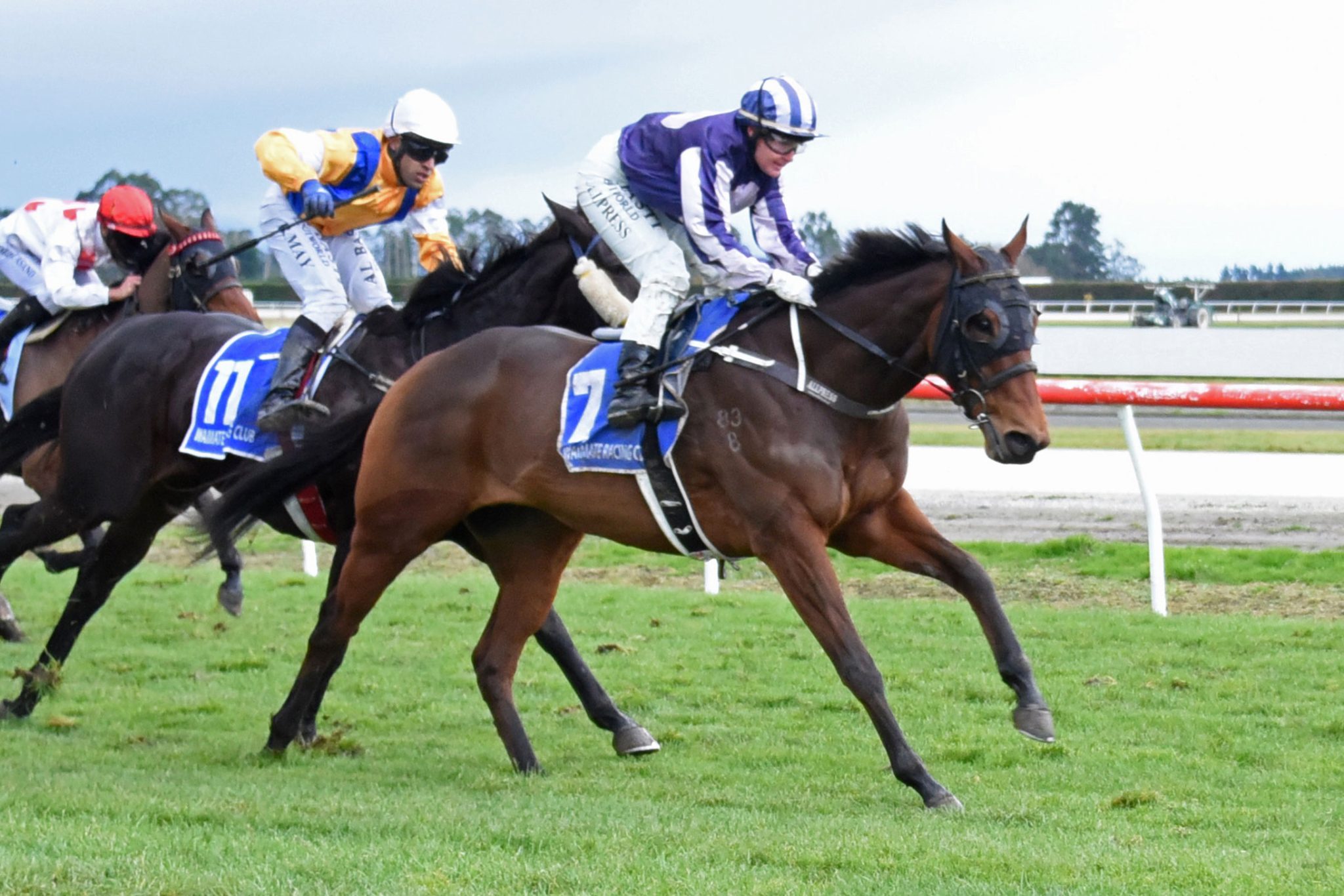 Rivals of impressive Timaru debut winner Surcharge thinking he might be vulnerable stepping up in grade at Oamaru on Thursday might be advised to reconsider their optimism.

That’s the inference from New Zealand trainer Terri Rae, who reported that the Proisir three-year-old had only improved since his remarkable one-length maiden win earlier this month.

That day, Rae had given up any hope of victory after Surcharge was hampered in an early skirmish that saw Highland Fling fall.

“From what happened when that horse went down, I thought it was all over for him,” Rae said.

“He ended up quite wide and quite a long way out of his ground and I thought ‘well, that’s it. He’s done his chips’.

“But to his credit, he hauled in a lot of ground but even halfway down the straight I still didn’t think he could win but he showed his class and did it pretty easily.

“I’d expect a fair bit of improvement from that first start, with him learning a bit more and being amongst them.”

Rae, who shares ownership of Surcharge with Riversley Park’s Sam Beatson and Liberty Reedy-Waru, struggled to recall a more authoritative maiden winner she had trained.

“He’s always shown he’s above average and that he’s got that bit of class,” she said.

“I thought he might have been a little bit tired after that first run but he was pretty fit going into it and he’s come through it really well. We gave him two days off and the second day he was bouncing around like he was on a trampoline.

“We have nominated for Saturday at Riccarton as well so we’ll see what happens but it is a better track at Oamaru at the moment. He’s pretty versatile and goes on anything but it would be nice to get him on a better track.

“He’s pretty forward and we expect him to put his best foot forward again.”

Surcharge has attracted plenty of international interest and a win in Thursday’s Whitestone Livestock 1200 would see him fit qualifying criteria for Hong Kong.

Should he not be sold, Rae said he would be put aside for winter with a view to going through the grades next season.

Rae will have her current winter team of five all in action this week, with Secretxpress, Scarfi, Athene, and Anduin all set to race at Riccarton on Saturday.