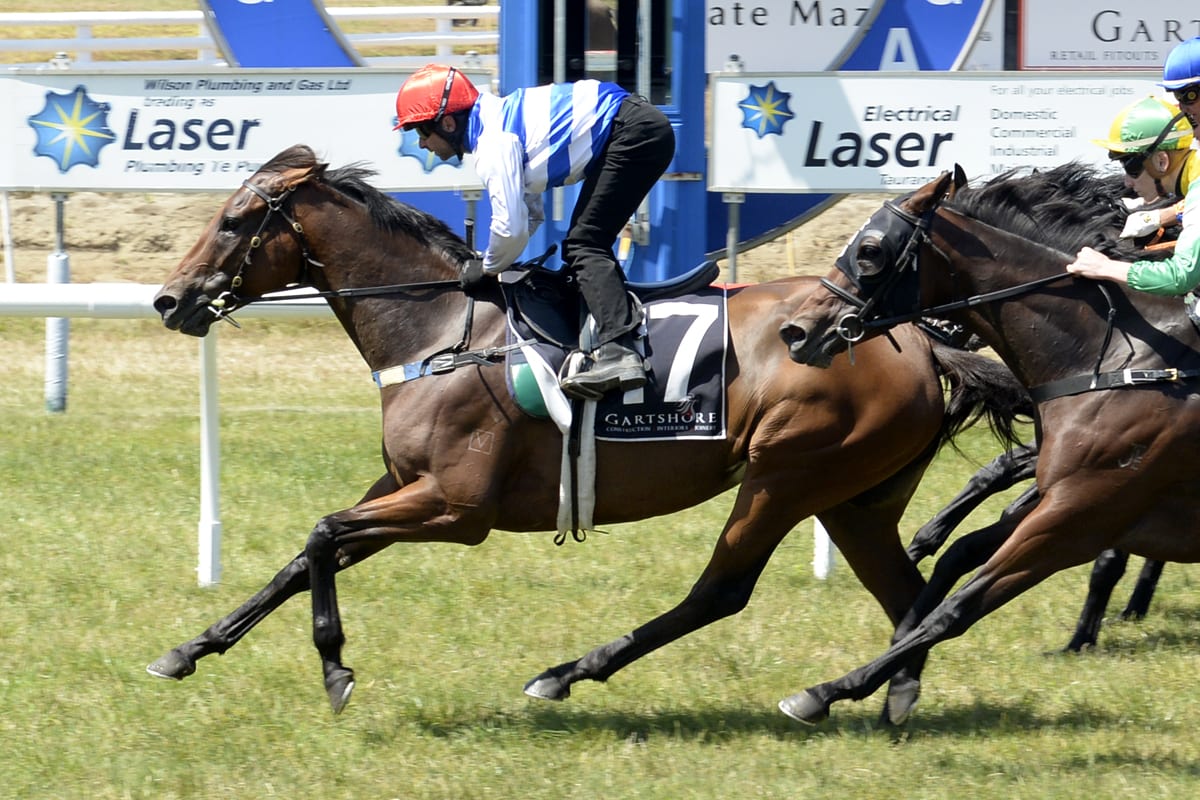 Ken and Bev Kelso have opted for the safe option with their star mare Supera. The Matamata trainers had originally targeted Saturday’s Group 1 Haunui Farm WFA Group 1 Classic (1600m) at Otaki with the five-year-old Savabeel mare but the prospect of an unsuitable wet track prompted a change of plans on Wednesday.

Supera will now tackle the Lisa Chittick Plate (1400m) for fillies and mares at her home track of Matamata, the Kelsos swayed against the trip away when the Otaki track was posted as a slow 7 on Wednesday morning and with the memory of her below par performance in the same race on a heavy track last year. “It was too much of a concern running her fresh-up on a wet track. The Otaki track was a slow 7 yesterday (Wednesday) and still is this morning (Thursday) and there’s more rain forecast there for Saturday,” Kelso said.

“We needed a run under her belt ahead of the Bonecrusher New Zealand Stakes (Group 1, 2000m) and it would have been hopeless travelling all the way down to Otaki and having to run on an unsuitable track. It would have put her upcoming starts in the Bonecrusher and the New Zealand Thoroughbred Breeders’ Stakes in jeopardy. “When we were weighing up options, we were mindful of what happened on that track last year. We got down there last year in the same situation of needing a run and that track was awful.”

Supera finished seventh to Melody Belle on a Heavy10 track in last year’s Haunui Farm Classic after which she was freshened for a second placing in the Group 1 New Zealand Thoroughbred Breeders’ Stakes (1600m) at Te Aroha and a Group 2 Travis Stakes (2000m) win at Te Rapa.

Kelso wasn’t concerned about using a 1400m lead-up to the Bonecrusher New Zealand Stakes rather than the 1600m of Otaki, saying the benefits far outweighed the negatives. “She just wants a nice hit-out and she’ll get that at Matamata,” Kelso said.

“With the set-weights and penalties conditions, it’s an ideal race on her home track and she’ll be back home in her box within an hour of the race rather than having a seven-hour float trip back from Otaki. “She’s really well too. She worked up well this morning and this is a nice option for us to bring her forward for Ellerslie. She’s still got two Group 1 races ahead of her and she’s going well.”

The Kelsos will also produce exciting filly Levante at Matamata, the unbeaten Proisir three-year-old contesting the Valachi Downs 1400 as a lead-up for next month’s Group 2 Wellington Guineas (1400m) at Trentham. “We’re really happy with her. She worked up nicely on Tuesday morning and she keeps improving as she goes along,” Kelso said. “It’s a nice lead-up to the Wellington Guineas, with three weeks between races. We expect her to run well again.”