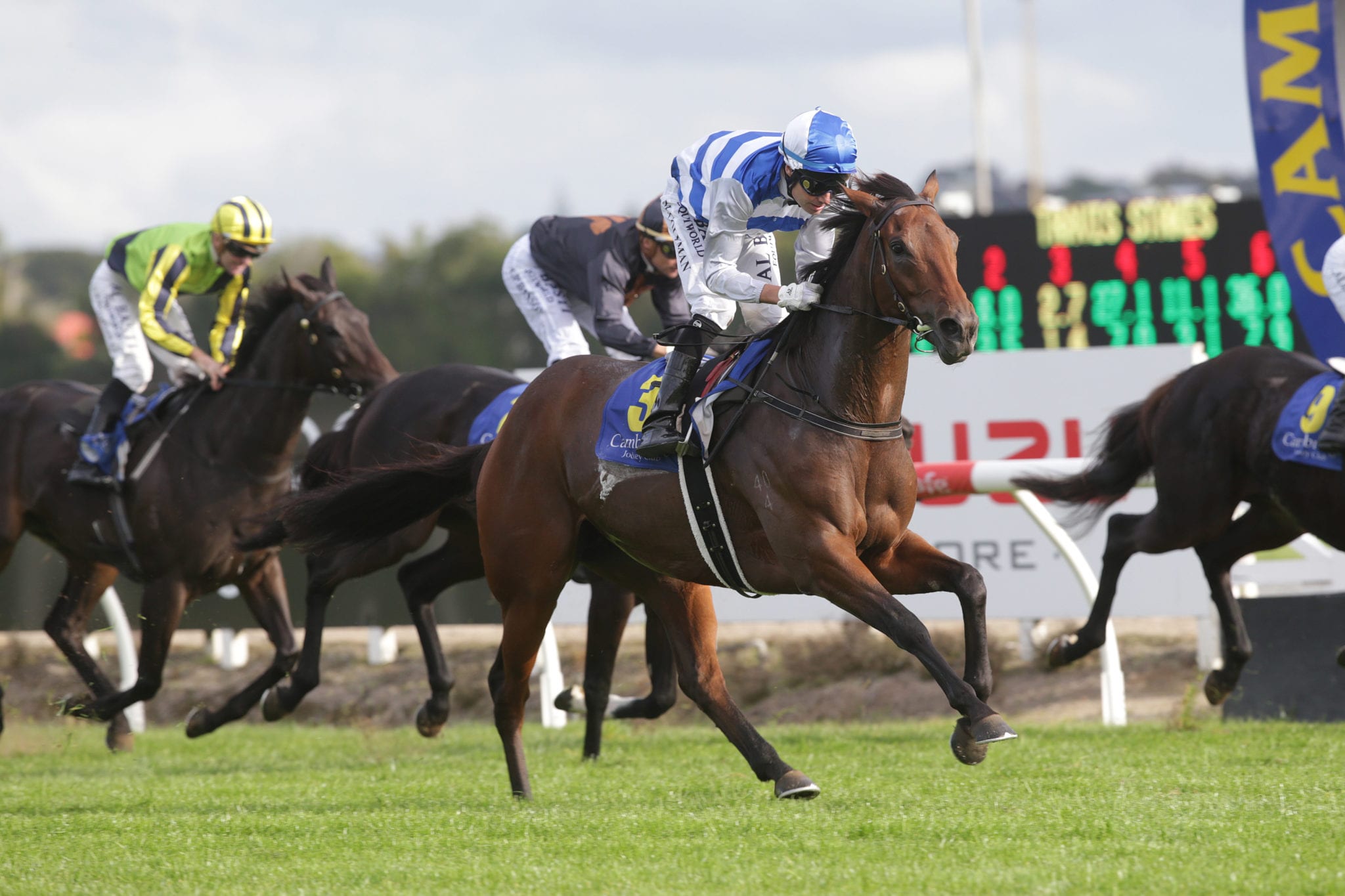 Supera will use Saturday’s Group 2 Gartshore Tauranga Stakes (1600m) as a dress rehearsal for a return to Group 1 racing.

The Sir Peter Vela-bred and raced Savabeel mare tackled Group 1 company twice last preparation, finishing seventh in the Haunui Farm WFA Classic (1600m) at Otaki on a slow track before her second placing in the New Zealand Thoroughbred Breeders’ Stakes (1600m) at Te Aroha when she was beaten a head by Nicoletta. “She’ll run in this and then she’ll go to the Captain Cook (Group 1, 1600m) and then to the Zabeel Classic (Group 1, 2000m) at Ellerslie on Boxing Day. That was the idea of giving her a run there last start,” said Ken Kelso, who trains Supera in partnership with his wife Bev at Matamata.

Supera resumed in a 1400m open handicap at Ellerslie last month, hitting the line strongly for second to Tiptronic, a race rival again on Saturday, beaten just a nose. “It was a huge run. She just got nutted with 60 kilos on her back,” Kelso said. “She found the line well. We were really happy with the run. She’s progressed well since and she gets a four kilo turn-around on Tiptronic. He carried 58 kilos at Ellerslie and has 59 on Saturday, whereas she carried 60 and is down to 57 for this one.”

Supera will follow a proven path to the Rydges Captain Cook Stakes, with four of the past six winners of the Trentham feature racing at this Tauranga meeting, most notably Shuka, who resumed with a win in the same 1400m open race at Ellerslie that Supera contested then finished fourth in the Tauranga Stakes before his Captain Cook win in 2014. “There’s rain in the forecast but I just hope the track is okay,” Kelso said. “It’s not a particularly strong field. There’s not a lot of true weight-for-age horses in it. I expect her to go a good race.”

TAB bookmakers have installed Supera as a $2 favourite ahead of Group 1 winner Consenus at $4.50 and Tiptronic and The Mitigator, both at $6.

The Kelsos will also produce Codecracker over 2100m at Tauranga in the Guy Refridgeration Handicap, the Nadeem five-year-old mare had her first start past 1600m abandoned at Te Rapa last Saturday when fallen jockey Ashvin Goindasamy lay prone on the track. “She’d want a bit of rain to be at her best. She’ll probably go the paddock afterwards but I wanted to get a run into her over ground before she went out. She’s a trier and she’ll be giving her best again,” Kelso said.

Meanwhile, Kelso has confirmed Saturday week’s fillies and mares weight-for-age Group 2 Dunstan Feeds Auckland Thoroughbred Breeders’ Stakes (1400m) at Pukekohe as the next target for high-class sprinting mare Princess Kereru. “Rated as high as she is, she’s hard to place. We’ve steered away from the Counties Bowl (1100m, Listed) to try her over 1400m,” Kelso said. “She won her trial at Avondale yesterday (Wednesday) and after Pukekohe we’ll freshen her up for the Railway.”