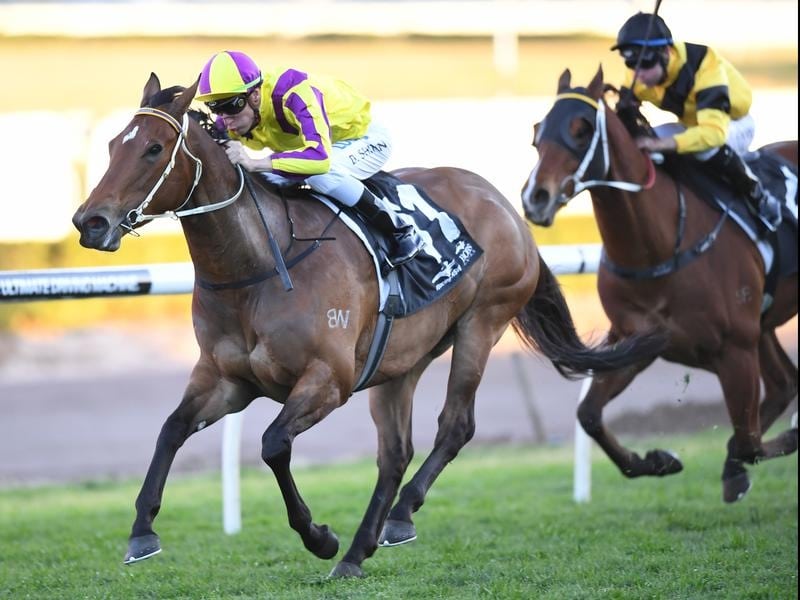 Speedy Sydney mare Super Too is ready to scoot around the Moonee Valley circuit in her usual catch-me-if-you-can style in a bid to break through at stakes level.

Trainer Marc Conners has pinpointed Saturday’s Carlyon Stakes (1000m) as the first of four suitable spring targets for the mare who has won over 955m at Moonee Valley and also finished third over that distance under a big weight at her most recent start in March.

A multiple Group placegetter, Super Too has been readied for the Carlyon with two Warwick Farm barrier trials, finishing a close second to Everest-bound Invincible Star in her first before winning her second by 10 lengths.

“It’s one of the races we’ve had on our hit-list,” Conners said.

“We thought we’d get in before the big boys get going. She gets in quite well with 54 kilos and we’ve got Damien Oliver to ride her so hopefully she’s ticked a few boxes.”

“The field has come up probably how we expected and I think it’s a race that she’s definitely up for,” Conners said.

“I’ve been really happy with her trials.

“She had a pretty solid hit-out in the first one and in the second she was able to just lob around at her own speed and she had a fair bit up her sleeve.”

Conners noted despite the big margin in Super Too’s second trial, the first of her trials was quicker.

“They just sat back and didn’t go out and chase her in the second one,” he said.

“We had to go out there and do our own thing and the margin probably flattered her a little but she still ran a nice time and did what she had to do.”

Super Too is a noted frontrunner and Conners does not expect that to change on Saturday, with the mare to jump from the outside barrier.

“She’s going to fire off from the outside gate and get across, that’s what she does,” he said.

“She runs along and we’ll see if they can catch her.”