Sunlight To Be Set For G1 Lightning Stakes 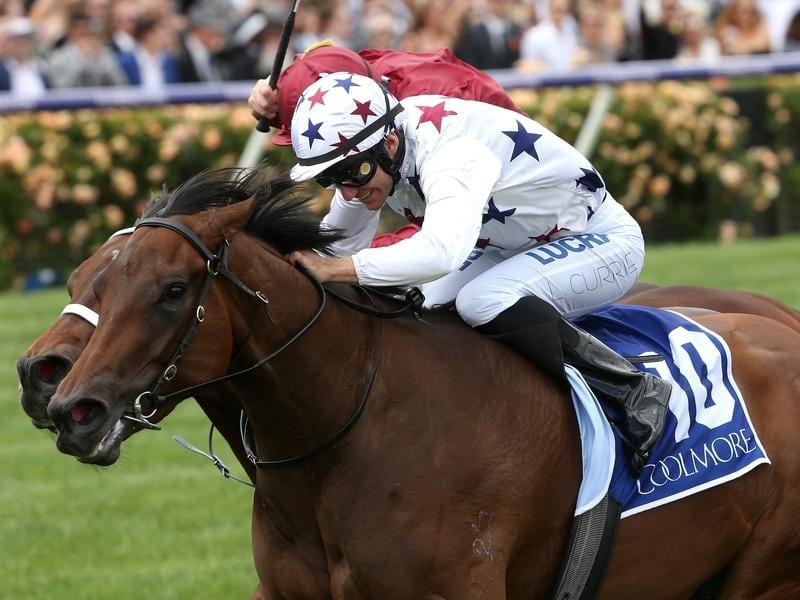 Trainer Tony McEvoy has resisted any temptation to target another win at the rich Magic Millions race day at the Gold Coast with Sunlight and will wait for Group One sprints in Melbourne with the star filly.

Sunlight won the $2 million Magic Millions 2YO Classic (1200m) at the Gold Coast in January and McEvoy had the option of a couple of races for the three-year-old on Millions day in January.

But after the filly’s Group One win in the Coolmore Stud Stakes (1200m) at Flemington earlier this month, McEvoy has made the decision to give Sunlight a break and wait for Melbourne’s premier sprints in February and March.

“Sunlight is at my farm in the Barossa and she’s having a month off and then I will train her for the Lightning Stakes on the 16th of February,” McEvoy said.

“She can handle the heat, she handles that way of going and she’s unbeaten on that track, but now that she’s won that Group One it just changes her a little bit.

“And I’d like to set her for the Lightning and the Newmarket and then think about The Everest (October).”

The Lightning Stakes (1000m) and Newmarket Handicap (1200m) are both on the straight course at Flemington where Sunlight beat high-profile colts Zousain and Lean Mean Machine in the Coolmore.