Sunlight Out To Upstage Colts In Group One 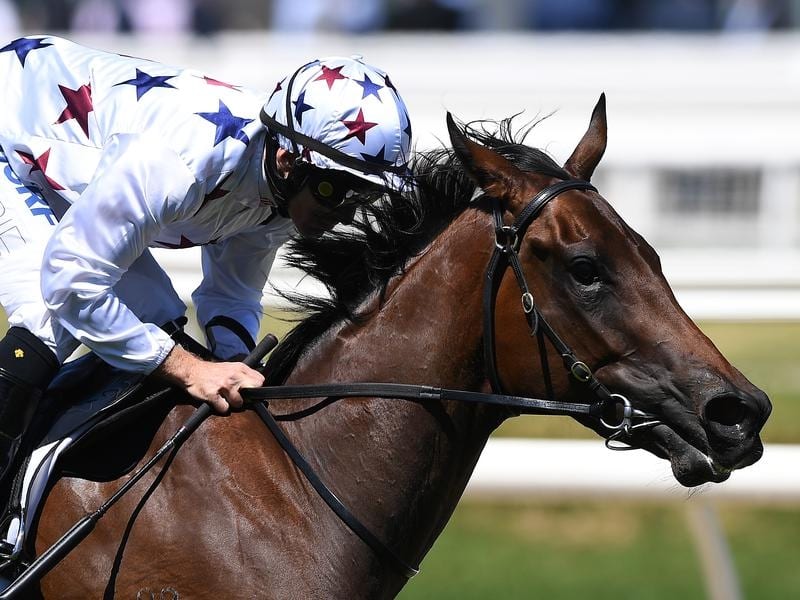 A host of prized colts will be running for much more than the $1 million purse in the Coolmore Stud Stakes at Flemington.

Victory in Saturday’s Group One sprint for three-year-olds, which has become an important stallion-making race, would significantly enhance any of the nine colts’ future value.

But there will be one filly out to spoil party.

“I’m planning to be one of the most unliked people at Flemington, having a filly beat the colts in a colts’ race,” McEvoy said.

McEvoy said Sunlight bounced out of the Manikato run and was as good as she could be.

‘My tears have just dried from last Friday night,” he said.

“That was a pretty hard watch. For the first time in her life she just made a mistake at the start and that was her race over.

“She got buffeted and knocked about. And if you look at the last 100 metres when she actually got some galloping room, she was fabulous.

“My plans were probably not to run her in this race but when she just never got an opportunity in the Manikato and bounced out of it so well, I just thought we had to run this week.”

Sunlight’s five wins last season as a juvenile included the Magic Millions 2YO Classic and she also beat all the colts home who raced in the Golden Slipper when she was third behind Estijaab and Oohood.

Sunlight has won another two stakes races this spring but is being shaded for favouritism by Written By and Zousain.

Group One Blue Diamond Stakes winner Written By’s only defeat in seven starts was his fourth in the Golden Slipper and he has has been aimed at the Coolmore.

Sunlight finished third as favourite in the Maribyrnong Trial in October last year on debut in her only attempt on the straight course at Flemington.

“We tried to hold her up and it was a mistake and we’ve learned from that,” McEvoy said.

“You must let her run in her comfort zone. So it will be a strong race. Written By races that way and I’m not going to change anything with my filly.”