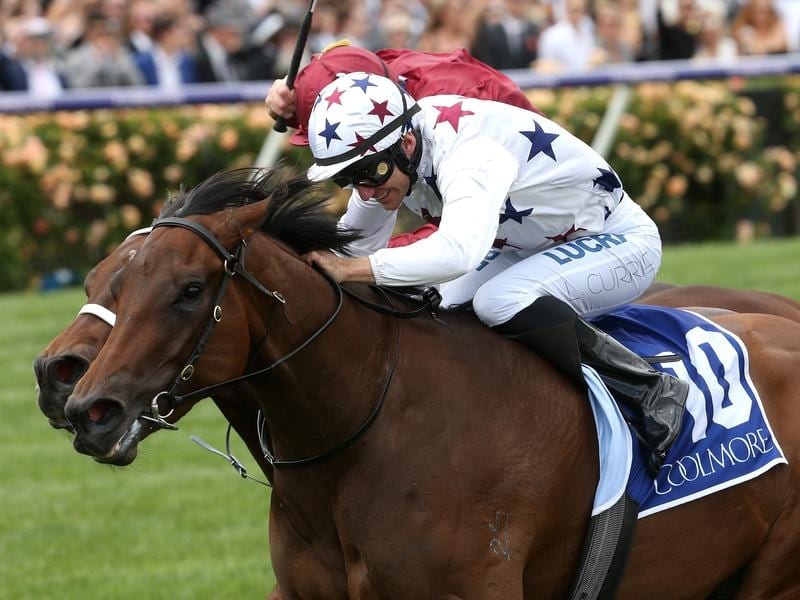 Star filly Sunlight is building up towards her first major target of the year.

This time last year Sunlight was basking in the glory of a dominant win in the $2 million Magic Millions 2YO Classic at the Gold Coast.

The Tony McEvoy-trained sprinter has gone on with the job as a three-year-old, defeating a number of high-profile colts to land her first Group One win in the Coolmore Stud Stakes (1200m) at Flemington in November at the end of an interrupted spring.

After spelling in South Australia and doing preliminary work at McEvoy’s Angaston base, Sunlight has been back in the trainer’s Melbourne stable at Flemington for about three weeks building towards a return in the Group One Lightning Stakes.

The weight-for-age Lightning (1000m) is at Flemington on February 16 and McEvoy’s Melbourne stable foreman Michael Shepherdson has been thrilled by the way the filly has returned.

“She seems exactly the same as she was in the spring,” Shepherdson said.

“She is doing some conditioning galloping at the moment and the plan is to run her in the Lightning into the Newmarket Handicap.

“She’s got nice soft cover on her and she’s moving well. She looks like she did in the spring.

“Even though she wasn’t out for a long time she really flourishes when she does get the opportunity to go out.”

Sunlight is one of two fillies from the McEvoy stable who claimed Group One wins during the spring, the other being Flight Stakes winner Oohood who is also back in the Melbourne stable preparing for her return to racing.

“She is in for a big preparation.

“She’s at the same galloping stage as Sunlight. So in the next week we’ll start to gallop them a bit quicker and start to tighten the screws a bit.”