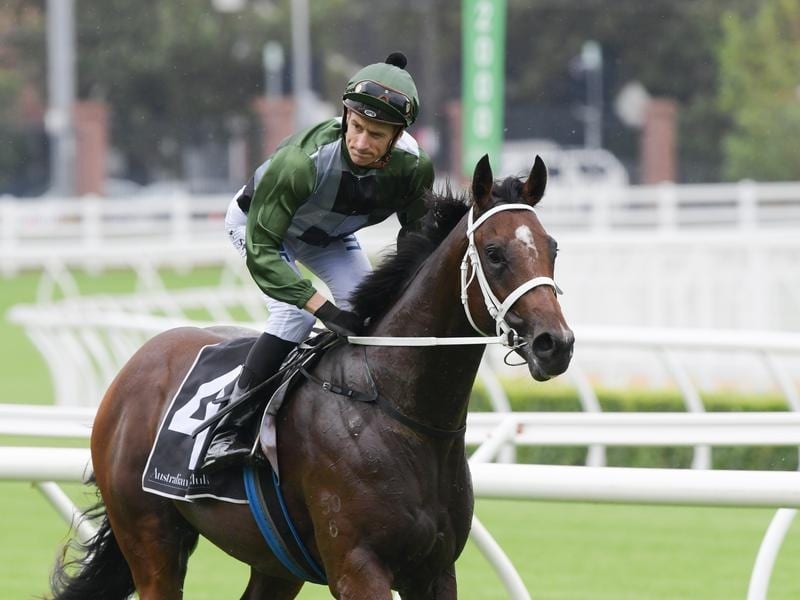 Global racing and breeding operation Coolmore has bought into Golden Slipper contender Yes Yes Yes in the lead-up to the $3.5 million race.

Yes Yes Yes stamped his Slipper credentials when he raced to an impressive victory first-up from a let-up in the Todman Stakes earlier this month, however the two-year-old was displaced as favourite after drawing the outside barrier for Saturday’s race at Tuesday’s draw.

“Obviously after he won the Todman we had a number of very significant stud farms expressing interest in the colt and ran a process and determined that Coolmore were the right partner,” Sokolski told Sky Sports Radio.

“They will act as managing owner but all racing decisions will be made in conjunction with myself and Chris Waller,” Sokolski said.

“I think we’re very much on the same page.”

He said races such as the Group One Golden Rose, Caulfield Guineas and Coolmore Stud Stakes would be the options for big- race targets for Yes Yes Yes as a spring three-year-old, while a Royal Ascot mission next year could also be on the cards.

Yes Yes Yes was a $200,000 yearling from last year’s Magic Millions sales at the Gold Coast and heads into Saturday’s Golden Slipper with three wins from four starts.

To be ridden by Blake Shinn, Yes Yes Yes was on the fourth line of betting on Wednesday at $7.50.