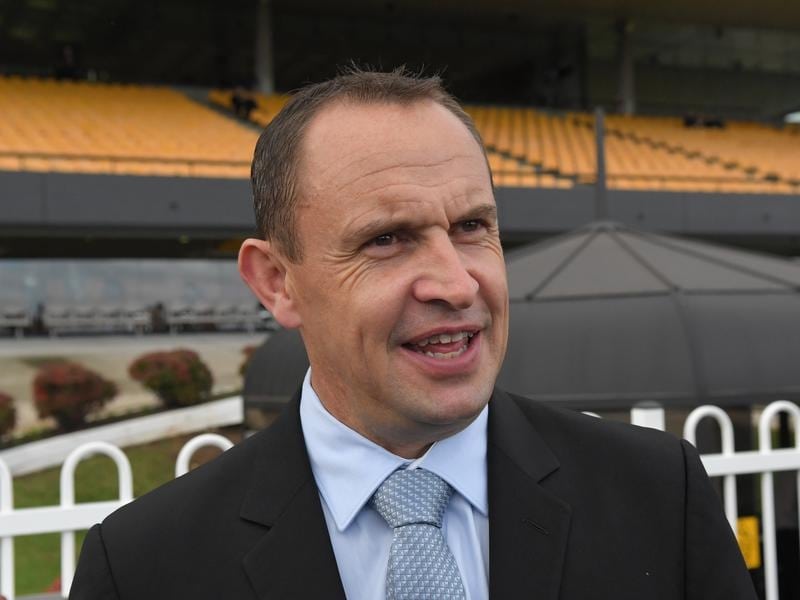 Chris Waller has already set a Sydney training record this season but is not resting on his laurels with a strong winter team to represent the stable at Rosehill.

The weather will play a part in determining if all will run including Invinzabeel, the most favoured of the five stable runners in Saturday’s Listed Civic Stakes (1350m).

Godolphin four-year-old Flow is the favourite in first markets after beating Invinzabeel last Saturday week by a narrow margin.

Flow has one start on heavy ground for a win and two thirds from two attempts on soft, the Rosehill rating on Wednesday with further rain forecast.

Invinzabeel is at $6 to Flow’s $4.60 but gets a 2.5kg weight turnaorund on their last meeting.

He has no such concerns for his other Civic Stakes runners – Mister Sea Wolf, Sir Bacchus, Liapari and New Universe.

“The speed will be on with Jungle Edge and Red Excitement in the race and that will help him.

“Sir Bacchus had no luck last start and the good speed is also going to suit a horse like him.

‘The race is probably a touch short for Liapari. He will appreciate the wet but needs a few things to fall his way.”

Sir Bacchus will be ridden by New Zealand’s champion apprentice Sam Weatherley who has begun a three-month contract with the Waller stable.

Weatherley made a statement at his first meeting in Sydney at Randwick last Saturday when he won aboard the Danny Williams-trained She Knows.

“His two runs back from a spell have been brilliant,” Waller said.

“His wet-track stats are outstanding and the distance shouldn’t be a problem.”

Veteran Destiny’s Kiss will carry 61kg with Sayed on 53.5kg and the other six runners including the Waller-trained Araaja on the 53kg minimum.

Among Weatherley’s other rides is three-year-old Gresham in the 1500m-benchmark race with Waller opting to keep him at home and rely on Seaway in the Sunshine Coast Guineas at Caloundra.