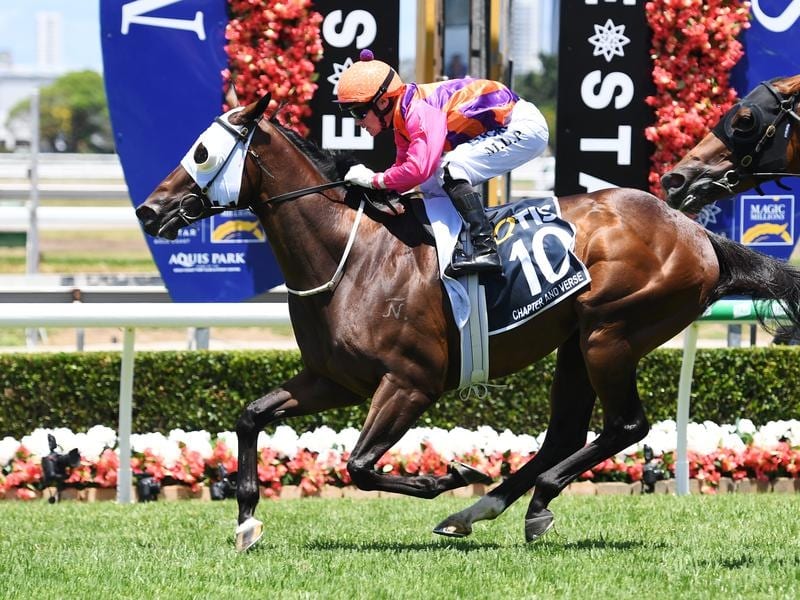 Promising sprinters Chapter And Verse and Cadogan are set to resume from spells in Saturday’s Class Six Plate (1200m).

They are being tipped as possible lightweight Stradbroke Handicap chances if they can progress through the winter.

The Stradbroke has a long history of being won by horses on the rise with a light weight.

Trainers Desleigh Forster (Chapter And Verse) and Toby Edmonds (Cadogan) are well aware the key is to get their horses to lift their ratings to get into the big-race fields.

Chapter And Verse and Cadogan were two of the best-performed horses of the Brisbane summer and last raced on the Magic Millions day in January.

Forster said Chapter And Verse had returned in good shape and she was looking forward to the winter.

“He has had a couple of jump-outs and the Plate conditions suit him,” she said.

“I have also nominated him for the Victory Stakes as a back-up and I will make a decision on Wednesday morning when I get a better idea of who is coming for the Victory and the weather.

Cadogan has won six of his 27 starts including three in a row before his MM fourth.

Edmonds said Cadogan had run on well in a trial last month and was ready for his return.

“He can run Saturday and we will go from there,” he said.

There were 37 entries taken on Monday for the Plate with the Group Two Victory Stakes attracting 11 nominations headed by dual Everest winner Redzel.