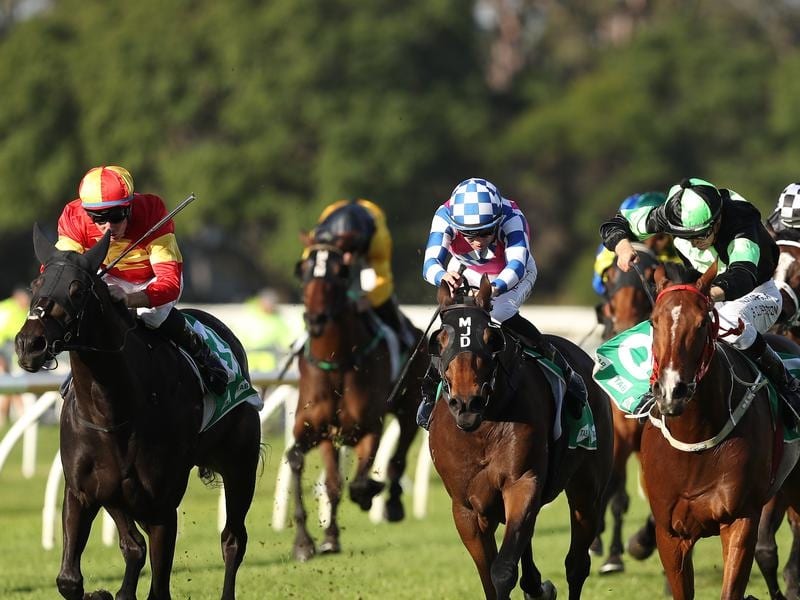 The disappointment of missing out on a Brisbane winter carnival opportunity has been emphasised for a second time in as many starts for staying prospect Stockman.

Rated a genuine Queensland Derby chance, Stockman had to settle for a win in much lesser grade at Warwick Farm on Monday.

Trainer Joe Pride said he had Derby ambitions for Stockman well before the three-year-old announced his arrival with a Randwick win last month.

“If there was a Queensland Derby this year, I’d said I would love to be in it but it wasn’t to be,” Pride said.

“But we might make up for that somewhere down the track, I think.”

The Queensland Derby was due to be run last Saturday but it was a major casualty of savage cuts to the Brisbane carnival because of the economic impact of COVID-19.

A son of New Zealand sire Tavistock, Stockman is bred on a pedigree cross that has been successful in endless feature distance races on both sides of the Tasman.

“He is a genuine stayer who is only going to get better as he gets a bit older and a bit stronger,” Pride said.

Stockman, a well-tried $2.40 favourite, needed every ounce of stamina to advance his record to four wins from eight starts.

He had to make a searching run against older horses in the TAB Handicap (2100m) and after hitting the front in the early part of the straight, had enough left to beat She’s So Savvy ($5.50).