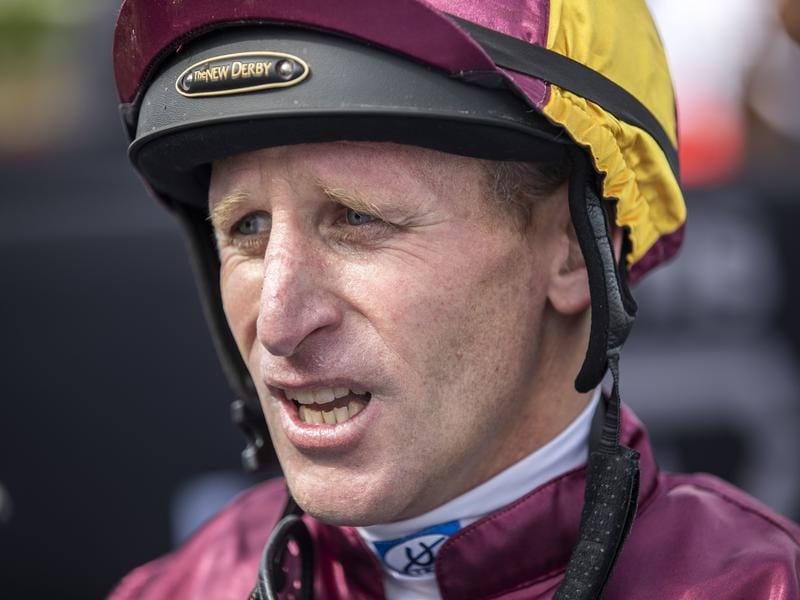 Stewart Barr has had plenty of success as an owner and breeder but the renowned Queensland horseman has a good chance to become a stakes-winning trainer.

Barr has been training from his Lilivale Stud, northwest of Brisbane, and in the Burnett region for several years but recently moved his base to Caloundra where he has a dozen boxes.

He will saddle his first stakes race runner Shadow Of Time in the Group Three Fred Best Classic (1350m) at Doomben on Saturday.

Shadow Of Time has won four of his eight starts and showed he was up to top-class with his last-start seventh in a three-year-old Quality at the Sunshine Coast two weeks ago.

Barr said it was the Sunshine Coast run on top of the gelding’s three recent wins which convinced him to take on stakes company.

“I don’t like putting wraps on my horses but I think he will give the Fred Best a real go,” Barr said.

“At his last run he got pushed three and four deep without cover. Then in the straight he got buffeted about.

“After all that he only got beaten about 1.6 lengths. It was a very good run and Dale Smith who rode him was also full of praise.”

Barr said he was glad Smith had agreed stick with Shadow Of Time.

“Dale is a very experienced stakes race rider. I think we are against some good horses on Saturday and it will give us an idea where he stands in the pecking order,” Barr said.

“Getting Dale’s opinion will be invaluable.”

Shadow Of Time has also shown a liking for Doomben where he won over Saturday’s course three runs back.

“He really has been improving with racing and Saturday will hopefully confirm it,” Barr said.

The three early scratchings from the Fred Best mean Shadow Of Time will start from barrier six which Barr feels will give him a chance to get a nice run behind the pace.

Barr is a well-known owner in Queensland with some top-class gallopers including Shadow Of Time’s dam Endless Shadow who won the 2015 Magic Millions fillies and mares race.

“The Hulberts (Peter and Will) have had a lot of horses for us and had runners for us in stakes race. They still have a couple for us but it is great to have a stakes runner in my own right,” Barr said.

Shadow Of Time is by the now defunct sire Time For War, a multiple stakes winner, who Barr had a share in.

Barr said his daughter Katie helped him and once she completed her paperwork they hoped to have a training partnership.

“She has no excuse not to do the paperwork now as you can do it on line with the current restrictions in place,” Barr added.

“She does a lot of work helping me and a training partnership would be ideal.”