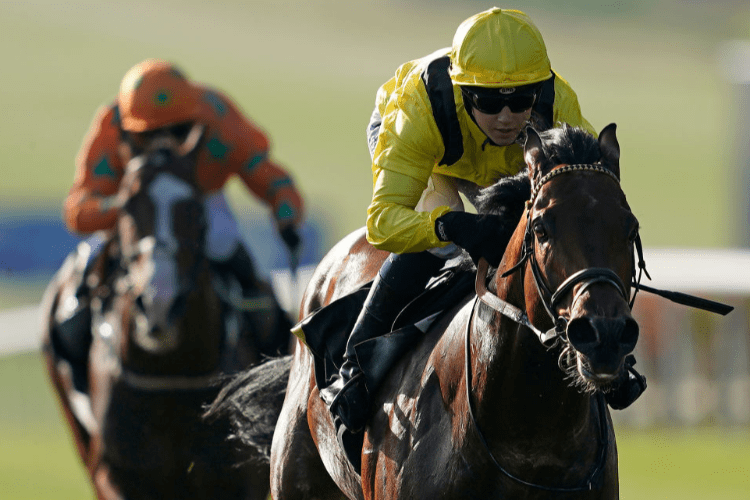 Nahaarr is the favourite for the Stewards’ Cup which is one of the most competitive handicaps of the season. Three outright favourites have won the race in the last five years. The other two winners since 2015 started at double figure odds. The previous successful favourite won the race in 2007.

Hence, there are conflicting betting trends to weigh up before the 2020 running at Goodwood on Saturday. Nahaarr is +450 with BetOnline but it is questionable whether the horse can enhance the recent record of the market leaders. Watan is a viable alternative.

Only three horses are quoted at single-figure odds of the 28 declared to run over the straight course at Goodwood (Nahaarr +450, Watan +800 and Meraas +600). It is the typical cavalry charge of a major lucrative handicap but there is no draw advantage. Nahaarr races from stall 19 so the horse should be covered up.

The William Haggas trained runner is developing into a decent sprinter. The horse was well-backed and landed a gamble in a Newbury handicap over six furlongs 13 days ago. That win earned Nahaarr a seven pounds rise in the weights but the horse won with plenty in hand.

Nahaarr will carry 9st 3lbs and the last three winners carried more than 9st. However, the three winners prior to that won with less than 9st. More than half of the winners this century have run with 9st or more. The top weight on Saturday is Summerghand (9st 10lbs), on offer at +1600 with BetOnline.

That horse is aged six but Nahaarr is two years younger. Since 2000, six four-year-olds have won the Stewards’ Cup. The wining most age this century is five with seven wins. The seven-year-old 2017 winner is the oldest over the last 20 years while three horses aged three have prevailed.

Nahaarr did not run as a juvenile but won his first four career starts aged three. The horse has now won five races from eight runs but only amassed £34,864 in prize money. Nahaarr was initially operating at a lower level and the Racing Post rating from his debut was 77. The horse ran to a mark of 107 at Newbury so is progressive but the handicapper has allocated a weight that makes Nahaarr vulnerable.

The Stewards’ Cup is often a race that suits Group horses running in a handicap. Khaadem won the race last season and has finished fourth in two Group 1 sprints since racing resumed at the start of June. Nahaarr is nowhere near that level and there is another standout runner at the weights.

Watan finished two and a quarter lengths behind Nahaarr at Newbury carrying nine pounds more in weight. The horse has to give two pounds to the favourite in the Stewards’ Cup. That means in theory he is more than four pounds well-in with Nahaarr at Goodwood this Saturday. At +800 with BetOnline, Watan must be a better bet than Nahaarr at almost double the price.

Watan has also only raced eight times but two career wins have contributed to total earnings of £53,068. So, Watan has accumulated prize money in better races and has been more consistent in terms of ratings over the last two seasons. The key is how much Nahaarr improves on Saturday.

In assessing the relative chances for Nahaarr and Watan we are measuring potential and the scope for progression against proven form on the track. Watan can hold sway in this year’s Stewards’ Cup and clearly offers better value than Nahaarr.