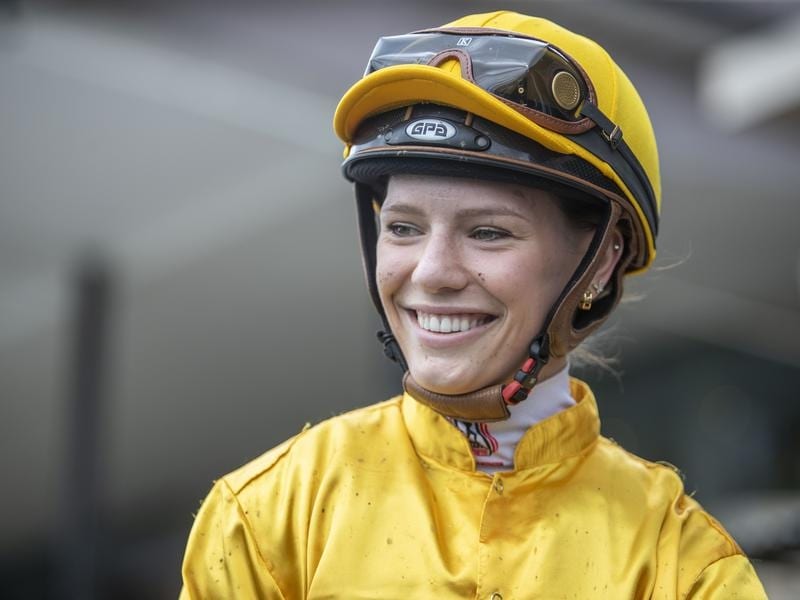 Apprentice Stephanie Thornton made the most of her last day with a 2kg claim to produce a clever ride to win on Magstock at Eagle Farm.

The race was run at a slow pace and developed into a sprint home but Magstock ($6) finished the best to beat Sir Barnabus ($2.40) by a short neck in the TAB Handicap (1800m).

Thornton transferred from Victoria to trainer Steve O’Dea 10 weeks ago and has been a major success story with Magstock her 15th metropolitan winner for the season.

She outrode her 2kg claim on Wednesday but under Queensland rules could still claim the 2kg on Saturday.

“I am down to a 1.5kg claim from next week but hopefully things will keep going,” she said.

Magstock did much of his racing in Singapore before joining Eagle Farm trainer Kelly Schweida’s stables last year.

“He is a big track horse and likes Eagle Farm so we’ll give him a week off and then look for another 1800m to 2000m race for him. He was Listed placed in Singapore and there might be something better for him in the summer,” Schweida said.