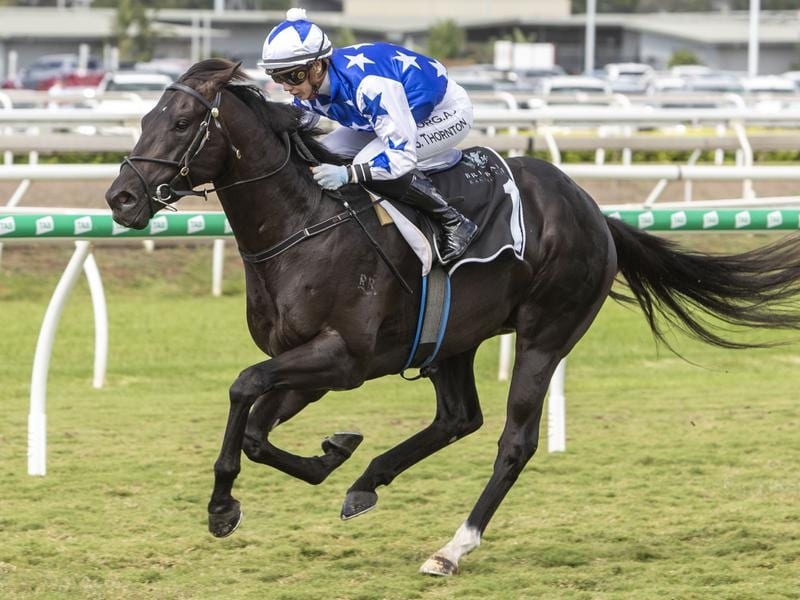 Trainer Kelly Schweida took special pleasure when his stable favourite The Odyssey returned to form with an easy win at Eagle Farm.

The Odyssey ($7 into $4.60) bounded straight to the lead for apprentice Stephanie Thornton and went on to beat deadheaters Xanthus ($5) and Wapiti ($101) by four lengths in the QTIS Three-Year-Old (1200m).

The Odyssey was named Queensland’s Two Year-Old of the Year last season but had failed to win in three runs back from a spell.

Schweida said it had taken longer than usual to get The Odyssey fit after he had a longer than normal break.

“I have made it clear all along that he was fat when he came back but he has gradually worked back to full fitness,”Schweida said.

“He is a favourite of mine and now he is back in form he should go on from here.”

The Odyssey is now likely to go to the Sunshine Coast in a fortnight for another three year old.

“Then we can start thinking about the better races in the summer carnival,” Schweida said.

Thornton, who won for Schweida earlier in the day on Magstock, said she had an arm chair ride on the colt.

“He went to the front and then he kicked on the corner and it was all over,” she said.

Stewards took about five minutes before they dismissed a protest by runner-up Sukwhinder ($4) against winner Enterprise Louise ($3.10) in the Tonic Designs Plate (1000m).

Jake Bayliss on Sukwhinder alleged Brad Stewart on Enterprise Louise had come out and bumped him near the 150m which cost him the race.

Chief steward Peter Chadwick said while there had been a bump the stewards could not be satisfied it had cost Sukwhinder the long neck winning margin.