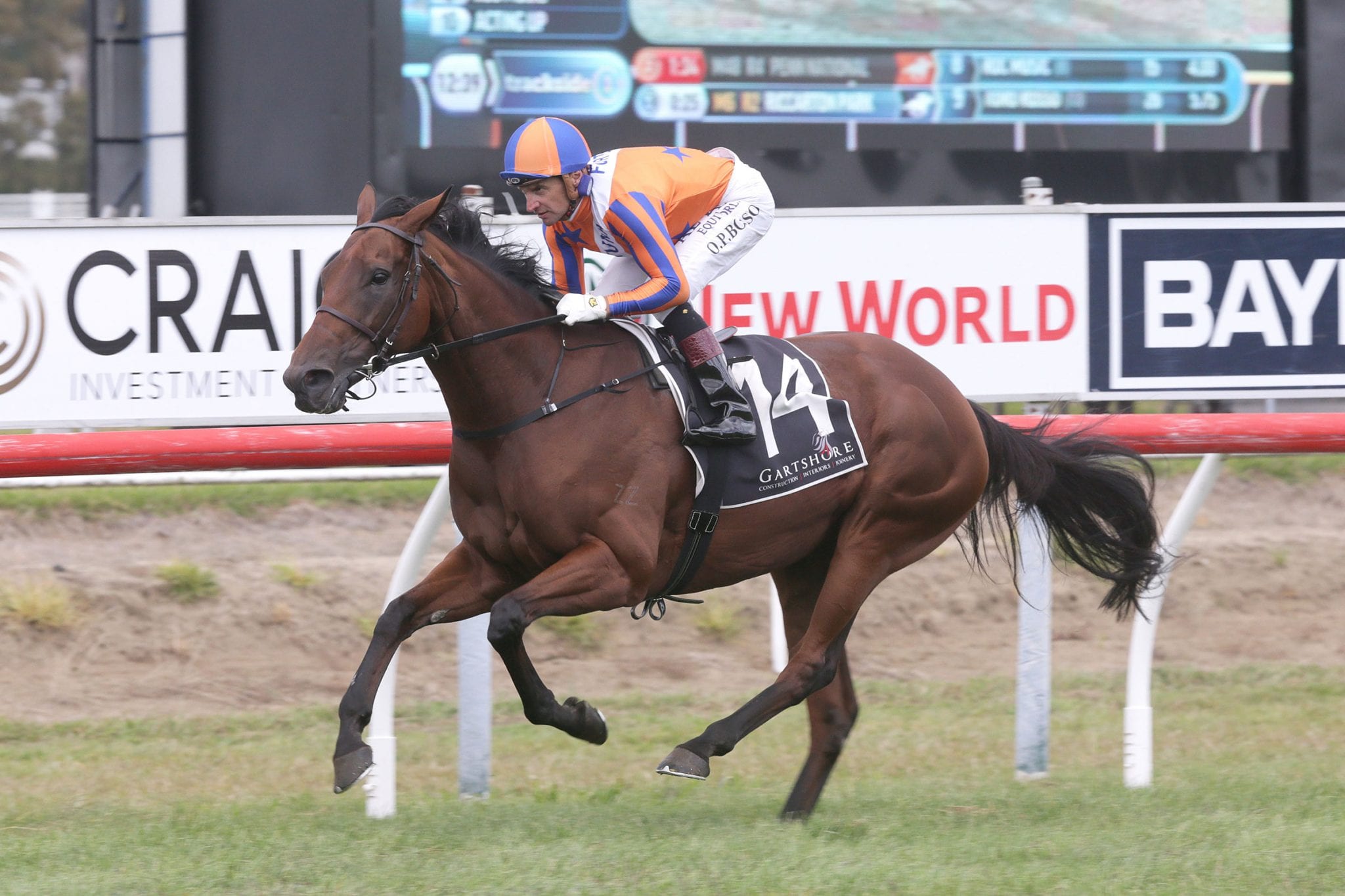 The six-year-old mare had her final gallop at the Gold Coast with regular rider Opie Bosson aboard ahead of her final raceday start in the Group 1 Doomben Cup (2000m) on Saturday.

“She worked well and in her customary style,” trainer Jamie Richards told SENTrack. “She worked on the course proper over 1200m and did some nice work on her own, and I was really happy with her.”

Richards said she also got the tick of approval from Bosson, who arrived in the Gold Coast on Monday evening.

“Not only does he know her well on raceday, but he has ridden her in the majority of her decent gallops throughout her career as well,” Richards said.

“When he came back in he gave a big thumbs up and a smile, that was good to see.”

The daughter of Commands finished 10th in the Group 2 Hollindale Stakes (1800m) earlier this month and Richards said he is expecting to see plenty of improvement from his mare following that run.

“We just didn’t have the rub of the green heading into the Hollindale, she had a few niggly things going on,” he said.

“I think we have got past all of that now and she goes into the race in good shape, she should be competitive.”

Richards said she didn’t get all favours in the Hollindale and believes she has improved several lengths since that run, although he admitted race winner Zaaki will be hard to vanquish this weekend.

“She got interfered with quite badly halfway down (the straight) and there was nothing in the Stewards Report,” he said.

“She was probably going to run fifth or sixth and got checked out of it and finished 10th.

“She needs to improve a fair way, but she is open to more improvement, but the winner Zaaki does look very hard to beat.

“She was always going to improve out of the Hollindale and we think that she has done that.”

Melody Belle has taken Richards on a great ride over the last few years and has been an integral piece in helping launch his training career.

“She is the ultimate professional racehorse,” he said. “A Group One winner as a two-year-old right through to a six-year-old. She very rarely put in a bad performance and has been a really sound and tough mare that loves her job.

“She is just a lovely mare to have around and she will make a great broodmare.”