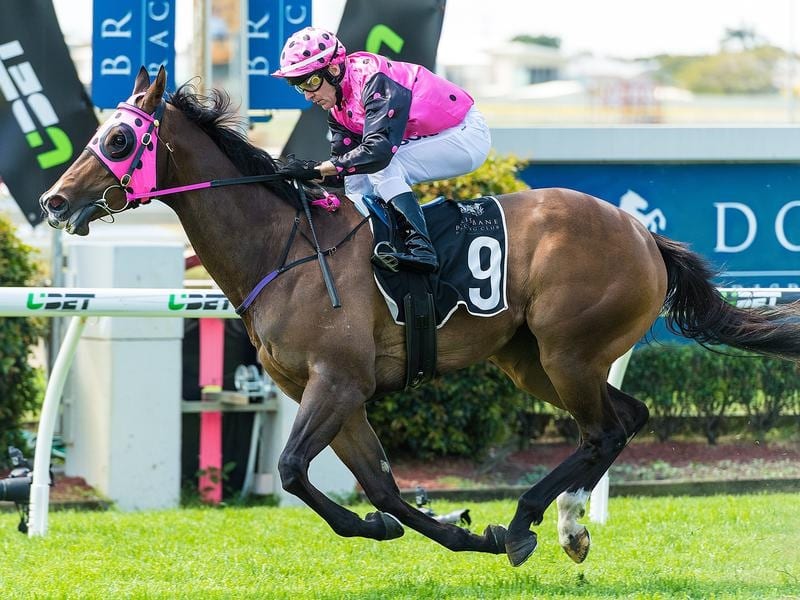 Robert Heathcote has been predicting for months his mare Stella Victoria would win a stakes race in the summer carnival but he wasn’t on hand to see it come true.

The five-time Brisbane premier trainer has become an avid golfer late in life and was in Tasmania on a tour on Saturday when Stella Victoria ($3.40) won the Listed Legacy Fillies and Mares Classic (1640m) at Doomben.

Jockey Jeff Lloyd had the mare outside the pace most of the way and she came away to win by 1-13/4 lengths from She Sees Everything ($5) with early leader Conquering Lass ($31) 1-1/4 lengths further back.

Mula had success with Heathcote through a horse called Malta which won several good races in Brisbane including the 2006 Recognition Stakes.

Stable spokeswoman Mel Sharpe said Stella Victoria had raced well in Sydney at her previous start during the strike in Brisbane,

“We brought her back and freshened her up and she looked to be nicely placed here. The plan was to be on the pace and it proved a perfect idea,” she said.

“Rob has been saying she can win black type for months and it has come true but she isn’t finished yet and we will be back here in a fortnight for the Listed Just Now Quality.”

Lloyd said it had been a good fighting win because he had not had much peace up on the pace.

Matt McGillivray who rode She sees Everything said the mare tried hard but the winner kicked on too well.