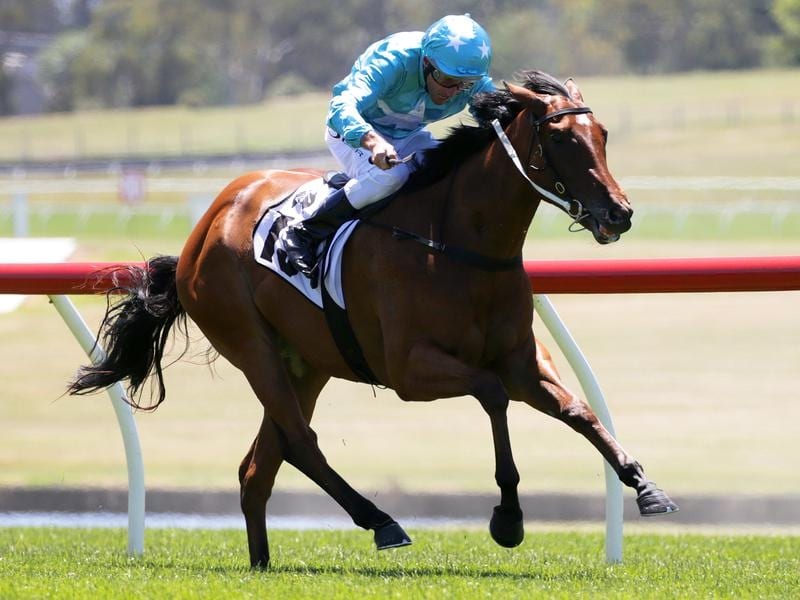 A stakes win on debut at Sandown for Steal My Kisses has set the filly up for a crack at the Blue Diamond series next preparation.

The Mick Price-trained two-year-old showed speed and professionalism as she won Saturday’s Listed Merson Cooper Stakes (1000m) by three-quarters of a length under Damien Oliver.

“She’s a stakes winner now so you’ve got the luxury of being able to go where you want,” Price said.

“She goes straight out for a break and we’ll set her for a Blue Diamond and those autumn two-year-old races.”

After jumping from the outside barrier in the field of 11, Steal My Kisses ($9.50) pressed forward to sit on the pace outside Bandinelli.

Steal My Kisses took over inside the final 400m as Bandinelli dropped off and the filly kept responding under Oliver to beat Memphis Rock ($7.50), with the fast-finishing First Dawn ($26) another 1-1/4 lengths in third.

“Mick Price’s two-year-olds are always very well educated and she certainly made the most of her precociousness and her speed,” Oliver said.

“She’s only a small filly and I think while the distances are short and she’s so foolproof she’ll really make the most of that.

“They might catch up to her a little bit later in the two-year-old season as the other ones get a bit more strength about them.”