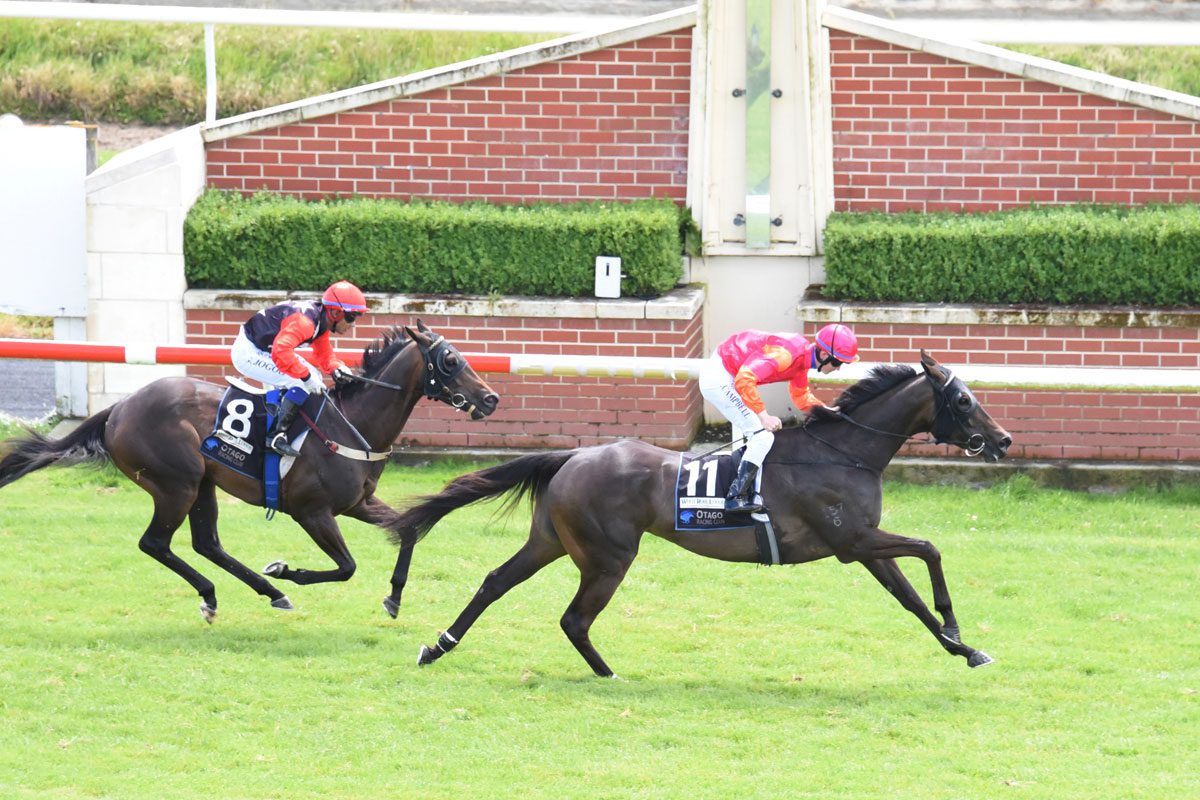 Lisa Vaughan will launch Asathought on a path aimed at emulating her big sister when she tackles the feature race at Wingatui on Friday.

The Invercargill trainer is intent on giving So You Think five-year-old Asathought her best opportunity this spring and after contesting Friday’s Forbury Park Race Day 3rd December (1400m) at Wingatui, she’ll trek further north to use Riccarton as a spring base.

A winner of three of her nine starts, Asathought was a 9.75 length lower grade winner before graduating to an open class winner last preparation and Vaughan has hopes her mare can emulate her nine-time Group One-winning older half-sister Avantage and prove competitive in racing’s best company.

“She’s a completely different type to Avantage. She’s just needed the time but she’s definitely got the ability,” Vaughan said.

“She’s come back a superior horse this time in. She’s mentally better, she’s stronger, grown a heap and put on weight. She’s 50 kilos heavier than she was last year and just in better condition overall.

“She’s very well and time has been her best friend. Patience has definitely been a virtue with her. Hopefully this will be her season.”

The Willie and Karen Calder-bred and raced Asathought will build towards feature staying races this spring, Vaughan expecting Friday’s race to be too short for her charge.

“We backed off a bit for the COVID lockdown but she’s forward enough,” Vaughan said.

“Tomorrow’s race will be too short for her on a wet track. It will be like running a mile fresh. She can still run the times over shorter distances but she’s a stayer through and through. She’s capable of going to open class and we’ve got her nominated for the New Zealand Cup (3200m, Group 3 at Riccarton on November 13).

“We’ll base ourselves at Riccarton for three weeks after tomorrow because all the decent racing is there. We’ll then come home for a couple of weeks and then go back for three weeks leading into the Cup.

“We just want to give her every opportunity and see how that goes. There are lots of other staying races in the North Island after that and we’re prepared to travel if she’s good enough.

“She’s already a valuable mare for Karen and Willie and we’ll aim to get stakes wins for her.”

Vaughan owns the Southland franchise for GJ Gardner Homes with her husband, former All Black Simon Culhane, but said she had the ability to work remotely on the business while she’s in Christchurch.

She will also take two three-year-olds north, Elizabeth Darci and Lochnaberry, with the intention to trial and race them over spring.