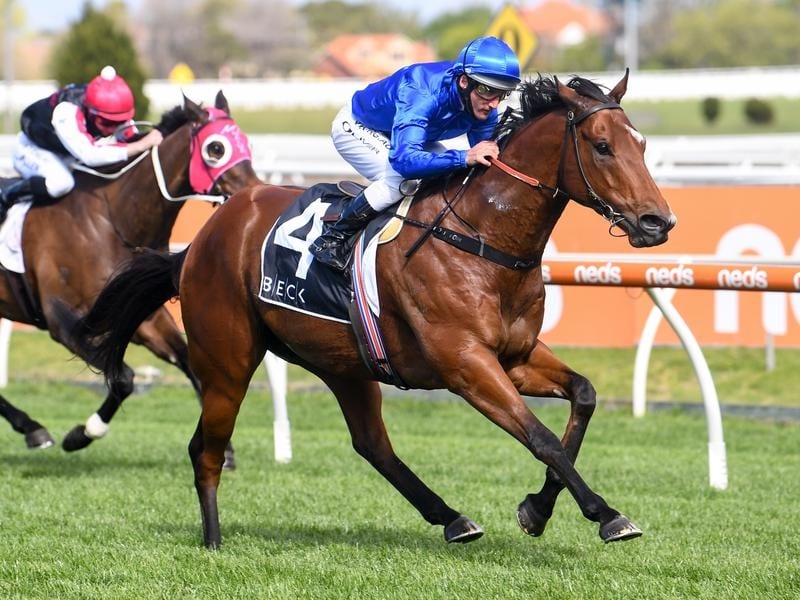 Following Coruscate’s victory in the Listed Testa Rossa Stakes (1200m) at Caulfield on Saturday, Keogh said that his last three wins had been when he had switched states.

“He came down (to Melbourne) last preparation and won at Bendigo and then we took him back to Sydney and he won,” Keogh said.

“It is working well. They’ve brought him down again from Sydney and he’s now won a Listed race.”

Coruscate was given a perfect run by Damien Oliver sitting behind the leader Runson before taking the lead with 250m to go.

Oliver said he was confident in the run and may have hit the front too soon but the gelding was well weighted and proved too good for his rivals.

Perth trainer Grant Williams said he was pleased to see Windstorm fly home and win the 1400m Open Handicap as he has a good opinion of him.

Although Windstorm gave his rivals a six-length start before the turn, his jockey William Pike said he was confident he would win at the top of the straight.

Williams said he would talk to Windstorm’s owner Bob Peters about future plans for the horse, although he suggested he would keep him to 1400 metres.