Star Of Monsoon Wins In Style At Rosehill 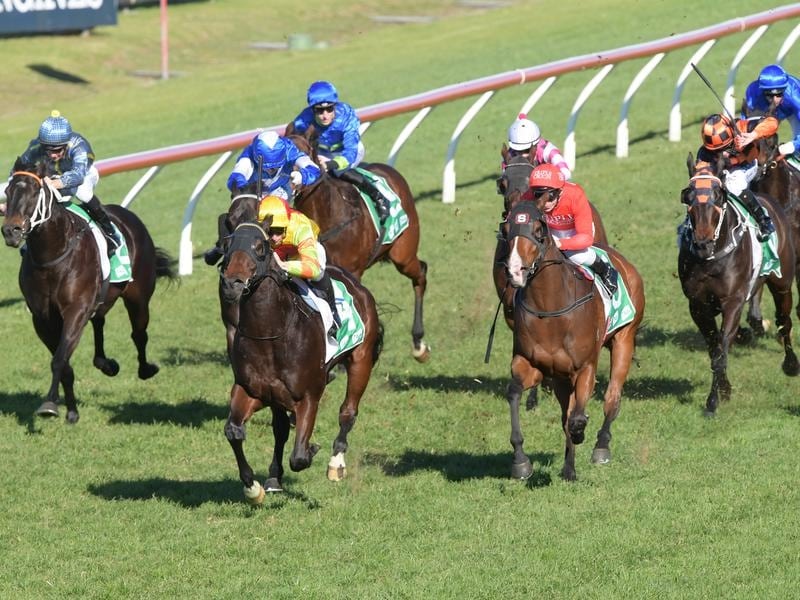 It isn’t always an easy decision to geld a well-bred horse but the operation has been a career-defining one for Star Of Monsoon.

By champion Lonhro out of Monsoon Wedding and a sister to Redoute’s Choice, Star Of Monsoon was a punters’ nightmare as a two and three-year-old, racking up 11 minor placings from 16 starts.

Since being gelded at the beginning of this season, he has had six starts for three wins including Saturday’s TAB Rewards Handicap (1200m) at Rosehill.

Star Of Monsoon is raced by Sri Lankan businessman Muzaffar Yaseen’s Teeley Assets and trainer Gerald Ryan said it had not been too hard to convince him to geld him.

“His last race as a three-year-old was on July 29 and on the Monday he was gelded,” Ryan said.

“There were studs chasing him as a young horse but as a four-year-old there was no commercial value.

“Teeley love their racing so when he was going to keep going at four it was not a hard decision.

“The gelding has helped and he is a racehorse now.”

Ryan said he was under no pressure to push Star Of Monsoon to any great heights yet.

“We will just keep him going through his grades into the spring,” he said.

“There might be a nice Listed race for him at the back end of the carnival but we won’t aim too high just yet.”