Stamina to play into Tofane’s favour 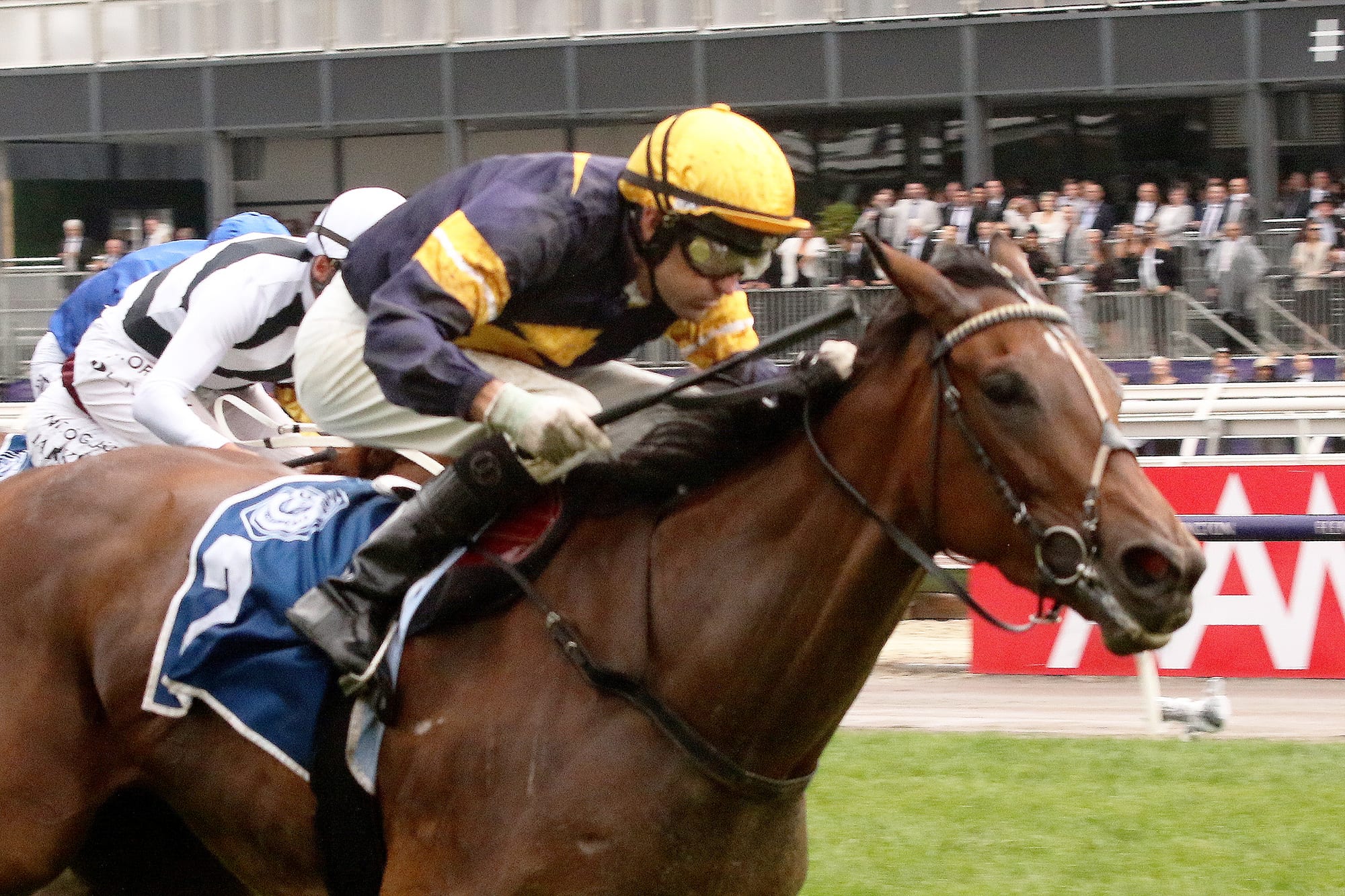 The Group 3-winning mare is out of Baggy Green, a three-quarter sister to Group 1 winner Funstar and a half-sister Group 1 Queensland Oaks (2400m) winner Youngstar, a filly Moroney was under-bidder on at the yearling sales.

Narrowly beaten by I Am Excited last start when carrying 51kgs, Tofane will race under weight-for-age conditions where she will carry 56.5kgs in a vintage T.J. Smith field. But Moroney feels a rain-affected track might challenge the stamina reserves of some of her rivals. “It is a big rise in weights for her, which will be the toughest part but the 1200m will suit her better than the shorter trip last time,” Moroney said.

“If they get a fair bit of rain and it becomes a tough 1200m, that will really suit her. “I think she gets through it and some don’t. There are a lot of high-class sprinters that struggle on wet ground because the 1200m becomes like 1400m. If it gets to that, that is where our mare will excel. “I am really happy with her and I know that it is going to be a real challenge for her.”

Moroney is pleased to link with New Zealand jockey Opie Bosson who he believes will suit the mare. “She has got gate speed as she showed in the Galaxy,” Moroney said. “In fact, we were worried earlier in her career that she was just too fierce but she is one we have spent a long time trying to teach to relax and I think we have won the battle. She is now capable of racing close-up and relaxing. “If you believe in breeding, she is bred to get a long way further than 1200m, which might just play into her favour. At some stage, we would like to get her over a bit further.”

Bred by Curraghmore principal Gordon Cunningham, Tofane went through Moroney’s New Zealand stable, where he trains in partnership with Pam Gerard, and was sold to a number of Moroney’s major Australian clients after winning a trial impressively. “We had a mare called Chicharita for Gordon, which we sold to Australia and he rang me and said he had kept a filly from the sales that he wanted to race and he wanted to put it through our New Zealand system,” Moroney said. “She went to Pam and she had a trial and was quite impressive and we got a phone call from Gordon to say that he had been offered deals from a couple of Australian trainers. He gave us first option and we got her sold within the stable to some of our major owners.”

Moroney has a staff member in Sydney but will be unable to attend the races himself as an interstate trainer under Covid-19 restrictions, where 14 days’ quarantine would be required and he is thinking ahead when it comes to stable logistics. “We will likely send that staff member straight to Adelaide to do 14 days’ quarantine and then we would send a team across to her for the Adelaide carnival,” Moroney said.

Meanwhile, across the Tasman, Moroney is looking forward to tracks re-opening but is understanding of the total lockdown scenario in New Zealand. “We had to close our Matamata stable down but we’re a little bit lucky in that we’ve got 20 acres where some of the horses have stayed there and spelled there,” he said. “Pam and Tommy (Hazlett) bought a nice property down the road, so we have got plenty of land to spell them so it is just a matter of when we can start bringing them back into work.”

Moroney indicated that Group 1 galloper Harlech will likely do his spring racing in Australia after a decent break.