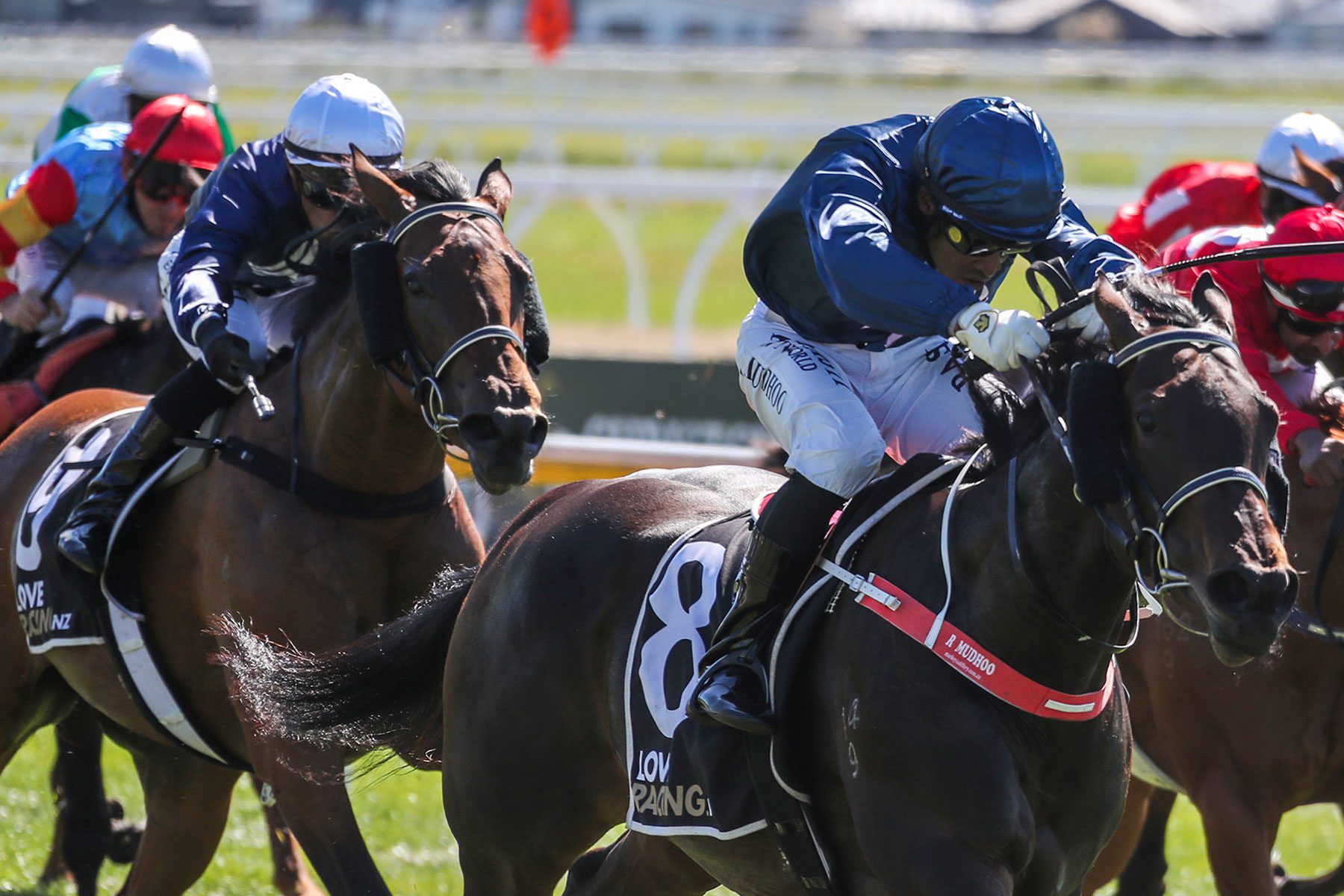 Stablemates Defiant and Kikimora set themselves up for a return clash in stakes company later in the season after the pair provided a popular quinella for local trainers Shane Kennedy and Anna Furlong at Riccarton.

The duo went into Saturday’s 1000m contest off the back of both finishing in the runner-up position on debut, with punters keen on their chances of going one better with Defiant starting the +340 second favourite ahead of Kikimora (+570) who was on the third line of betting.

Given an economical trip behind the pace by rider Rohan Mudhoo, Defiant burst clear early in the run home to score decisively by two lengths from Kikimora who finished off strongly to nab pacemaker Guitar Man for second.

Furlong was delighted by the final result, although she admitted the stable had thought prior to the start that Kikimora might have the wood on her stablemate.

“They really are completely different types with Defiant having a little more natural speed while Kikimora has been crying out for more ground,” she said.

“Both Shane and I thought Kikimora might be too strong in the closing stages for Defiant although we expected they could both go close to winning.

“Defiant ran second first up at Wingatui with a slipped saddle and she has taken so much benefit from the trip away to Dunedin that day.

“It was a lovely ride by Rohan and once she put a break on them in the straight, they never looked like catching her.

“Kikimora made up really good ground and we know the further they go the better she will get.”

Kennedy and Furlong will now look to have the pair in top shape for a possible tilt at the Listed Berkley Stud Champagne Stakes (1200m) at Riccarton on May 7.

“Their grand final is likely to be in the stakes race at Riccarton in early May,” Furlong said.

“Given they are just babies you don’t want to put too much pressure on them so they can have an easy time until closer to that race.

“I think the next two-year-old race locally is on the 23rd of April so one or both of them might have a lead-up run then but it will all depend on how they come through this one.”

Kennedy and Furlong currently have a heavy mix of younger horses in their racing team with several further two-year-olds set to trial as they prepare for either an autumn start or a spell before starting their careers as a three-year-old next season.

“At the moment half of our team are just babies so we’re working with them to get them up and going,” Furlong said.

“We have several to go to the trials over the next few weeks and once they have had a run like that we will see if they are ready for a start or not.

“We also have some that we will keep in work for a while longer before we turn them out and get them ready for next season, so it is an exciting time at the moment.”

The only other runner Kennedy and Furlong saddled on Saturday was handy stayer Second Thought, who comfortably held her rivals when winning over 2000m in Rating 74 company to land her third win from eight starts.