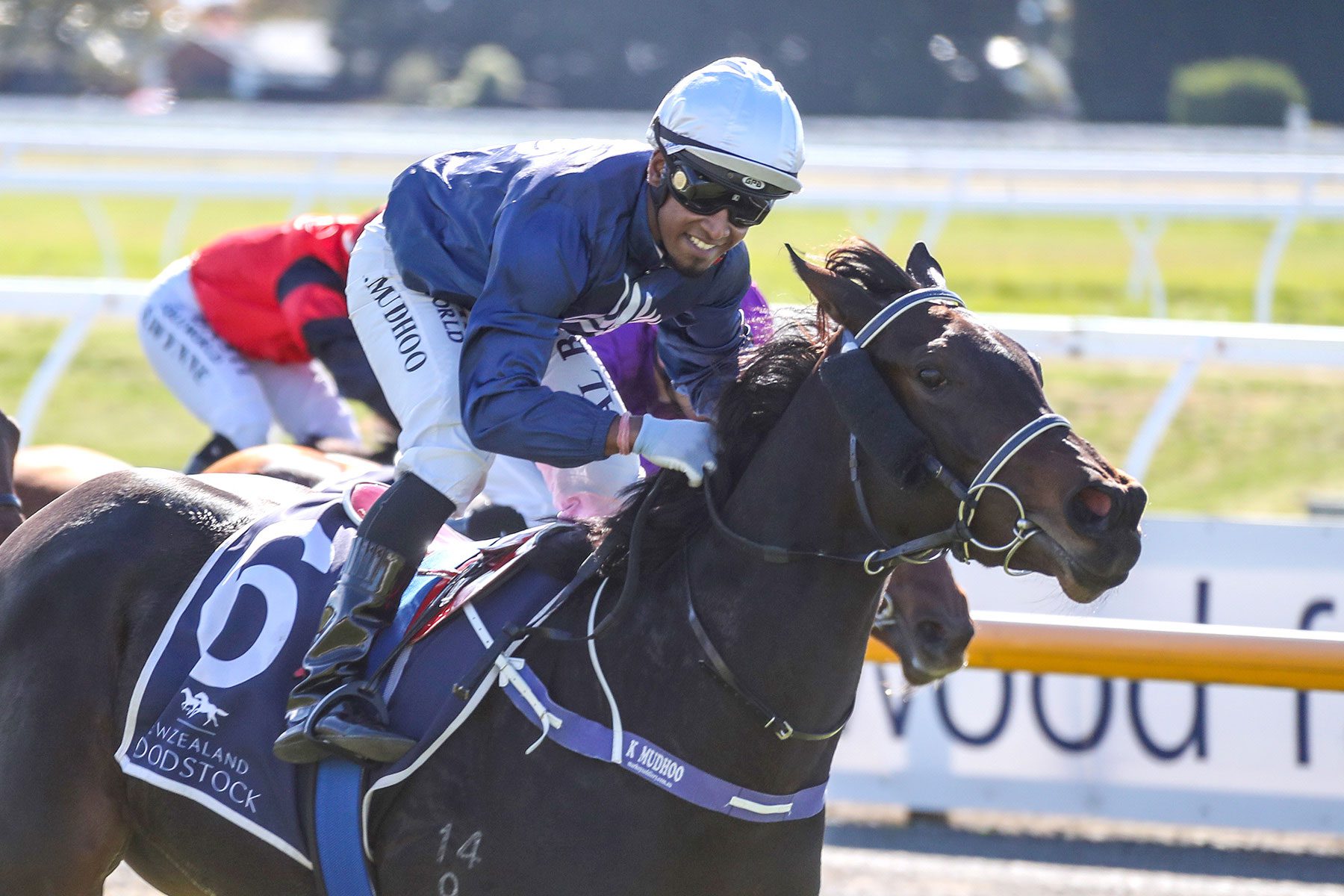 Promising New Zealand juvenile Defiant overcame several unsettling incidents prior to the start of the NZB Insurance Pearl Series (1100m) race at Riccarton on Saturday to register an impressive victory that has her ready to tackle stakes company at her next assignment.

Four runners from the initial field of 15 were late scratched at the starting gates for various reasons, however the daughter of Tavistock took it all in her stride as she launched a powerful home straight burst for rider Rohan Mudhoo to power to the line two lengths clear of her nearest rival.

It was the second win in succession for the Shane Kennedy and Anna Furlong-trained filly who has just kept improving since finishing second on debut at Wingatui where a slipped saddle inconvenienced her during the final stages of the contest.

“She is a real little professional who doesn’t do a lot wrong and has just kept improving since her debut run,” Kennedy said.

“Even with all the kerfuffle around at the start she just kept her head down and was minding her own business before jumping out well and cruising into it around the home bend.

“She was a little wide throughout, but Rohan said when he asked her for the effort she got there easily and he had the luxury of cruising for the last few strides as she had them well covered.”

Defiant will now have one more start before heading for a winter spell with Kennedy keen to see her tackle the Listed Berkley Stud Champagne Stakes (1200m) at Riccarton on May 7.

“The Champagne Stakes is the obvious target before she has a break as long as she comes through her race on Saturday well,” he said.

“The track was pretty firm and we are mindful of that, but she is likely to meet a good number of those she beat on Saturday and if she keeps improving as she has, then she would have to be a strong contender.

“We are really looking forward to next season as being by Tavistock out of a Savabeel mare you would think her best is still well ahead of her.

“I was actually speaking with Andrew Campbell, who trained Tavistock, after the race and he just said to me they are not meant to do that at this age so she could be very exciting.”

Kennedy, who is a part owner of the filly was delighted for another co-owner in Auckland businessman Craig Leishman, who was also represented by Listed Champagne Stakes (1600m) winner Sharp ‘N’ Smart and Group 3 Easter Handicap (1600m) winner Carolina Reaper at Pukekohe on Saturday.

“I am thrilled for all of Defiants owners and definitely for Craig who had a magical day on Saturday,” he said.

“Craig has been a very good supporter of ours over the last few years, although we don’t see too much of him as he is based in Auckland.

“He has bought shares in several of our yearlings over the last couple of years so it is nice to get one like this that looks very smart and will give us all a heap of fun.”

Bred by Brendan and Jo Lindsay from their Savabeel mare Valee, Defiant was purchased as a yearling by Kennedy for NZD$20,000 out of the Cambridge Stud Book 1 draft at Karaka in 2021.