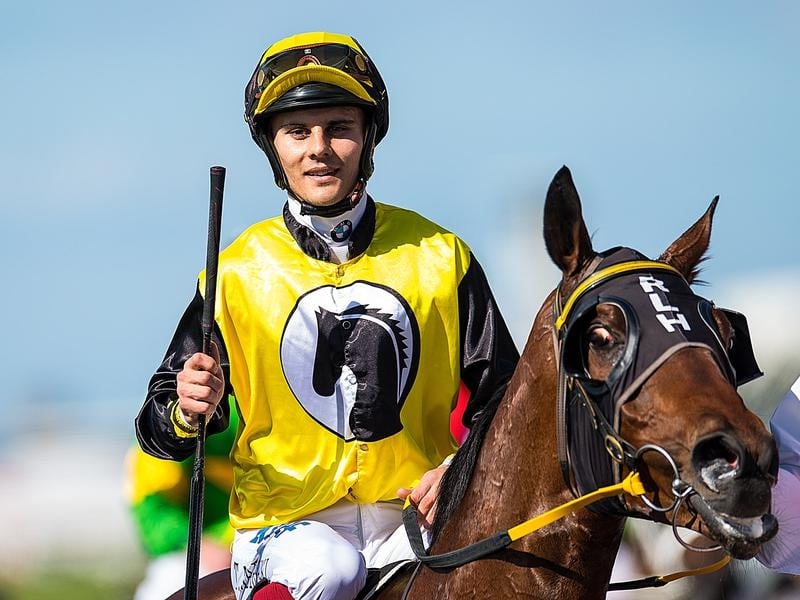 A plan to take advantage of an apparent lack of pace helped holidaying trainer Robert Heathcote get a quinella in the Brisbane BMW Open at Doomben.

Heathcote’s pair of Ingeegoodbe ($6) and Ruling Dynasty ($5.50) shared the lead for virtually the whole race before Ingeegoodbe prevailed by a nose.

Stable foreman Mel Sharpe said Ingeegoodbe had been unlucky when unplaced at 1600m at his previous start.

“We decided there was no pace in the race and Ingeegoodbe would be able to lead,” Sharpe said.

“Ruling Dynasty also had enough early pace to take up a position and he has done a great job.”

Both Ingeegoodbe and Ruling Dynasty will press on for more staying races when Heathcote returns from holiday next week.

I’m Belucci ($10) turned in a solid run to be third,1-1/4 lengths back and trainer Desleigh Forster is looking forward to him having another middle distance start in a fortnight.

Meet Mr Walker led all the way in the Eaton Services Plate (1050m) to make it three wins from as many starts.

“He hasn’t been beaten in anything yet but today was a great effort because that was a hot field. He is a tough horse and has a big future,” trainer Kelly Schweida said.

Du Plessis, a Zimbabwean who has come to Brisbane via a long career in New Zealand, continued his good recent form.

“That was my first winner at Doomben since 2007. Luckily I have been winning at other tracks but I have had a lot of seconds at Doomben,” he said.

Jockey Larry Cassidy was suspended for eight days after pleading guilty to causing interference after winning on Order Again.