Spring Races On Radar For Call Me Handsome 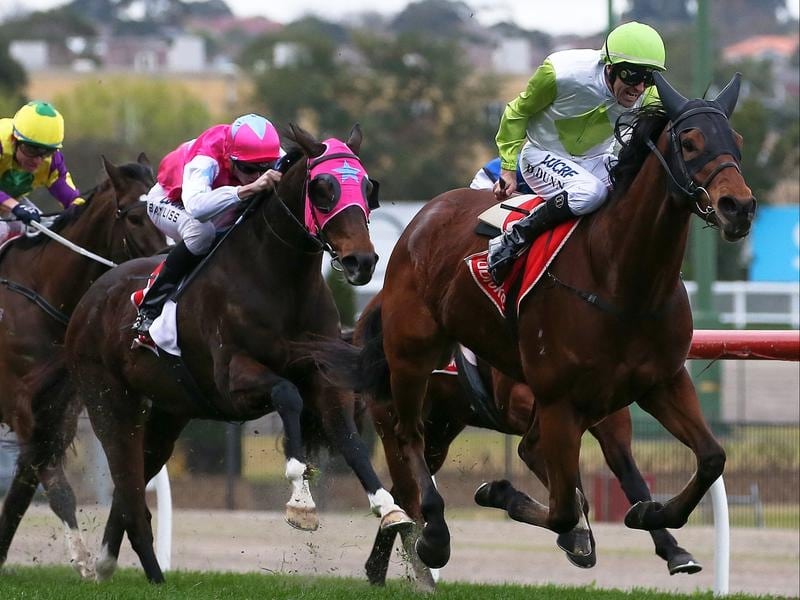 A late decision to run Call Me Handsome at Moonee Valley has paid off for the gelding’s connections, with the six-year-old snapping a recent run of placings to land his first win of his current preparation.

Call Me Handsome had finished in the placings in his first three starts this campaign, including a close third over 1400m at Caulfield a week ago.

Trainer Peter Gelagotis was almost resigned to scratching Call Me Handsome from Saturday’s Ladbrokes Cash In Handicap (1600m), concerned the race might not have panned out ideally for the gelding from his inside barrier draw.

But, with the encouragement of Gelagotis’ brother and racing manager Manny, the decision was made to run and Call Me Handsome delivered under jockey Dwayne Dunn to win by a half-length.

Having proven he can be effective around the Moonee Valley circuit, next month’s Group Two Dato Tan Chin Nam Stakes at the same track is now on the radar.

“We’re getting into our carnival time and this is one horse that we’re pencilling in for a few races,” Gelagotis said.

“It was very heartwarming to see him do very well here today because he could be a cheeky chance in the Dato Tan Chin Nam Stakes.

Call Me Handsome, the $3.20 favourite, raced in the box seat and then sprinted to the front early in the straight before Rhythm To Spare charged home for second, with two lengths to Malaise third.

Call Me Handsome had the limit weight of 54kg and was a pick-up ride for Dunn after Chris Symons had to relinquish the mount.

“I’d like to say sorry to Chris Symons,” Gelagotis said.

“It was a last-minute decision to run the horse. He text me last night to say ‘are we running’, and I said ‘no, we’re going to scratch’.

“The poor bugger had a meal and couldn’t make the weight this morning.”

Call Me Handsome took his overall record to five wins and eight placings from 13 starts and brought up a winning double for Dunn who earlier won aboard promising filly Multaja.