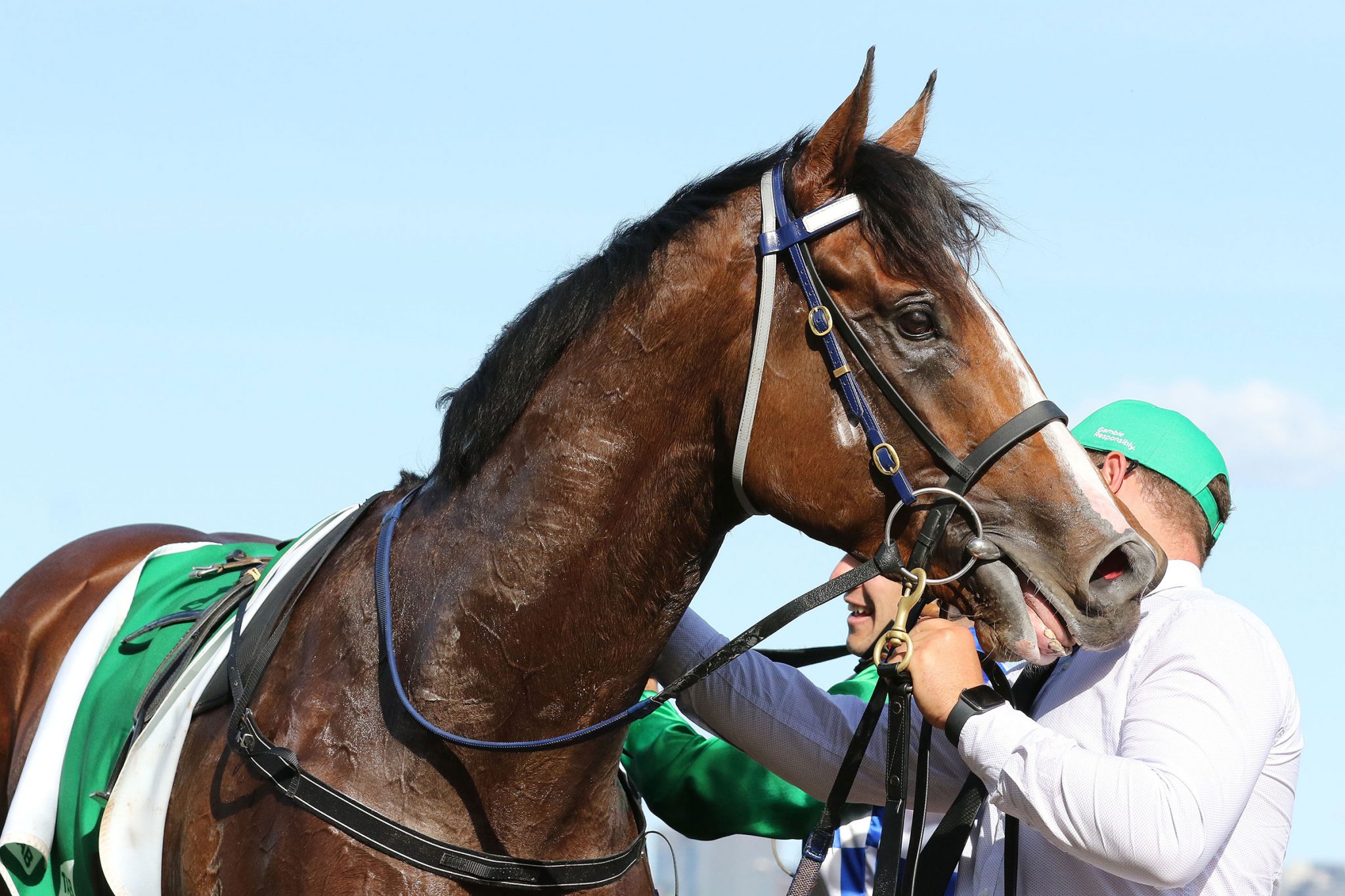 While thrilled with the win, Freedman said his colt still has plenty to learn.

“He’s probably not seasoned enough to do that yet (contest the Derby), but we thought if we get there and get the right conditions we might have a crack at it,” he said.

“He put them away quickly and then waited a bit, so he has still got a lot to learn.

“He was still a bit of a baby in the yard there today and still has a way to go, so we look forward to what the future holds for him.

“He just keeps getting better and better and he is maturing into a nice horse,” said Childs, son of former expat Kiwi jockey Greg Childs.

“I still think he is a prep away but it was great to get the win today, especially for Mitch as well.”

Spirit of Gaylard is named after late racing and media personality Rob Gaylard, for whom Childs spent time with at Racing Victoria’s Jockey Academy.

“It meant a lot with the horse being named after Rob Gaylard,” Childs said. “When I was an apprentice he taught us a lot. I feel very honoured.”

Freedman said he is unsure whether he will press on further into the spring with Spirit of Gaylard or send him for a spell ahead of autumn targets.

“We will just see how he is over the next few days,” he said. “The plan was to only have two or three runs in the spring and set him for the autumn.”

The colt has now won two of his four starts and more than AUD$135,000 in prizemoney.