Speedy Lucy Rose To Bounce Back At Farm 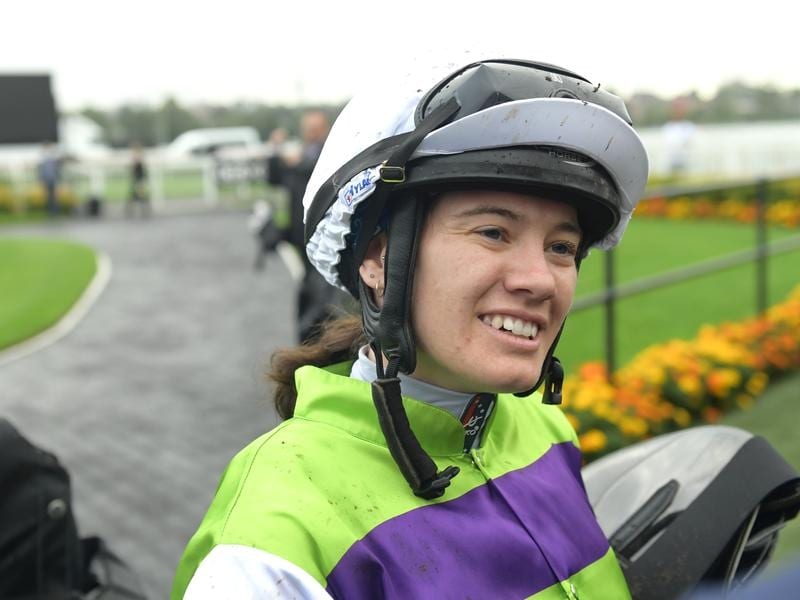 Joe Cleary is favouring a start in Sydney for speedy mare Lucy Rose and if she returns to form as expected, the controversial issue of Regumate is again set to be a talking point.

Lucy Rose earned a spring carnival trip to Melbourne after she followed a third at Randwick on Everest day with a dominant win on her home track of Queanbeyan.

But Racing Victoria’s decision to discourage the use of Regumate – the trade name for synthetic hormone altrenogest which has caused some horses to return positive tests to a banned steroid – contributed to Lucy Rose running one of the worst races of her career at Flemington last start.

“They can’t use the Regumate (in Victoria) and she’s a mare who lives off it,” Cleary said.

“She didn’t want to be there.”

While Regumate is being discouraged in Victoria, Racing NSW has permitted its continued use.

That decision led Melbourne-based co-trainers Ciaron Maher and David Eustace to run Aloisia in the Villiers Stakes at Randwick last weekend and after treating her with Regumate, she turned around her indifferent Victorian form to run a slashing second to Sky Boy.

Cleary is hoping for a similar result with Lucy Rose after her Flemington flop.

The mare has been accepted for the Summer Racing Handicap (1000m) at Warwick Farm, although she has also been nominated for the Christmas Flying at Moruya a day later.

“A decision won’t be made until tomorrow (Thursday) lunchtime on which way she goes but she drew four of 10 for Saturday, which probably has me leaning that way a little bit,” Cleary said.

“She’s at a stage where she probably needs to win a race in town to help her residual value as a broodmare.”

Rain is forecast in Sydney on Saturday and Cleary hopes it arrives as Lucy Rose is a two-time winner on soft ground.

Jess Taylor has been booked for the mount and will also ride Cleary’s other runners, two-year-old Girls Are Ready in the Member Get Member Handicap (1200m) and Tag And Release in the TAB Highway Handicap (1600m).

Girls Are Ready is chasing back-to-back wins and a prize money boost to help her secure a spot in the Magic Millions Classic at the Gold Coast in January.

Her rivals include debutant Deterge, an Exceed And Excel colt who will be bidding to continue Godolphin’s successful start to the two-year-old season.