Spanish Reef To Kick Off At Moonee Valley 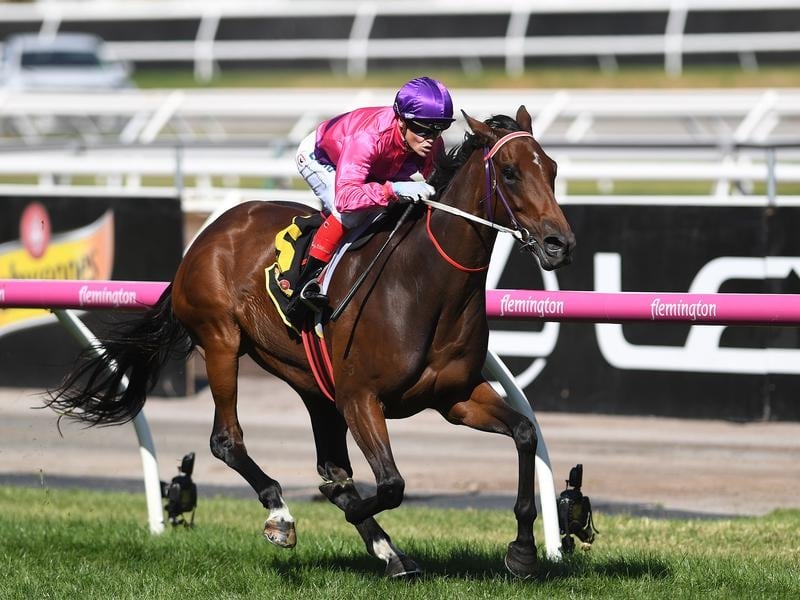 Keys believes the 1600m-race on September 8 is a better starting point than the 1400m against Group One opposition in the Memsie Stakes at Caulfield on Saturday.

Spanish Reef hasn’t raced since finishing 14th in the Queen Of The Turf Stakes at Rosehill in April with Keys suggesting the mare had one too many starts over 1600m.

It followed an unbeaten run of three victories to start her autumn campaign including the Group Two Sunline Stakes at Moonee Valley.

Spanish Reef has shown she is ready for a return to racing with a Cranbourne trial win last week.

“I think at the 1400 metres at the that top end in the Memsie they’d blow her away and the three weeks between the trial and the Dato suits me,” Keys said.

“And she’s not carrying that much weight at all so we’ve got to be mindful of that.

“We’re going to try her at the top end in the 2000-metre plus races so with that in mind we’re going to start off in the Dato.

“The run last year in the JRA Cup gave me a lot to think about and I think she’ll be suited over further than what she’s been to so far.”

Keys said Spanish Reef would be nominated for the Caulfield Cup for which entries close on Thursday.

She will be given the opportunity to gain a start in the Group One race on October 20 but he is prepared to reassess plans as the campaign unfolds.

“If we don’t get to the Caulfield Cup we’ve always got the likes of the Cranbourne Cup,” Keys said.

“The hometown Cup would be pretty special but after last year the Cox Plate third placegetter (Folkswood) came out of it so it might not be the ideal race anymore.

“But she’ll tell us.

“We can always come back to a mares race, something like the Matriarch Stakes (at Flemington) and a gap between runs won’t hurt her either.”