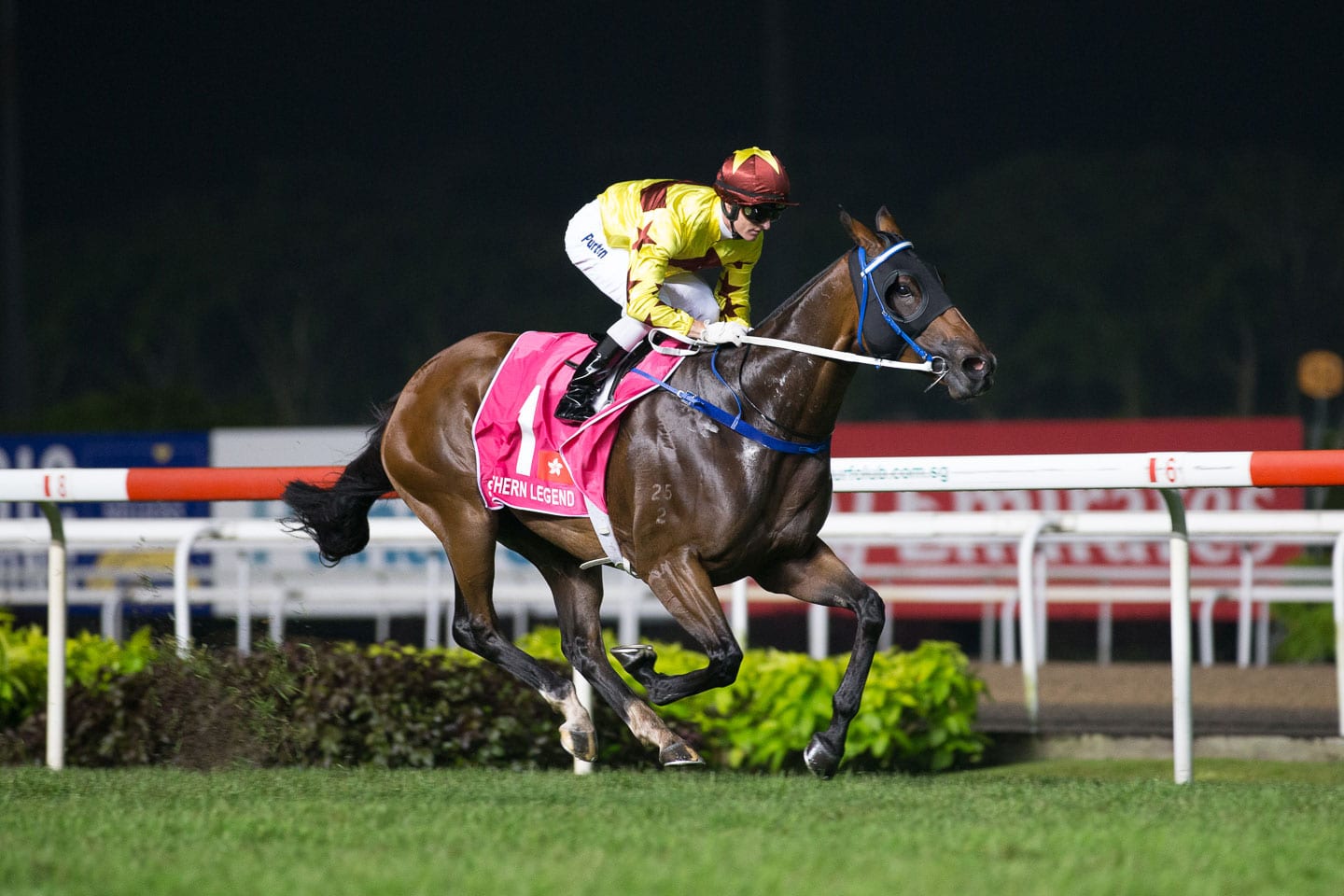 Nearly a year ago, Southern Legend proved that he can still run rings around his younger adversaries – and the best in Hong Kong – as he sensationally denied Beauty Generation a third consecutive Group 1 FWD Champions Mile at the age of seven.

And now, as he enters the twilight of his career as an eight-year-old, the Not A Single Doubt gelding is in perhaps career-best form and this Sunday (21 February) at Sha Tin he will once again aim to prove that age is no barrier to success as he lines up as the oldest of eight opponents in the Group 1 Queen’s Silver Jubilee Cup (1400m).

“He’s just a happy horse, we just try to keep him as sound as we can – it’s pretty tough over here to keep them sound, especially when they are his age but he just has such a passion for racing,” trainer Caspar Fownes said.

A regular presence in this weekend’s other Group 1 contest, the Citi Hong Kong Gold Cup (2000m), Fownes has instead opted to step back in distance with the hope that his consistent charge is able to fully capitalise on the absence of Golden Sixty, who instead steps up to 2000m for the Hong Kong Gold Cup.

“That’s the thing (to having no Golden Sixty in the race), we looked at that and said let’s freshen him up and have a crack – we know he is up to the task.

“He’s beaten the best horses on his day in Hong Kong and he got close to the Golden Sixty last month – I’m expecting a big run from him,” Fownes said.

“He’s been a treat to deal with across his career – I just hope he draws a soft gate so that he can get into a nice spot and I’m sure he’ll give us a big run – he’s in great form.

“He’s won over 50 million (HKD) in Hong Kong but I still think he is a chance to snag another 10 million (HKD), so fingers crossed I can do my best for the owner,” Fownes said.

Fownes’ globetrotting bay notched back-to-back SIN Group 1 Kranji Mile victories (2018 and 2019) before campaigning to Dubai to finish a game sixth behind Almond Eye in the 2019 Group 1 Dubai Turf (1800m) and last season he struck at Group 3 and Group 1 level.

“He’s up there (among the best Fownes has trained) for his heart and his tenacity, he deserved that Group 1 win toward the end of last season – I’m glad we got that for him,” Fownes said.

Fownes praised the Conghua Training Facility for not only Southern Legend’s unrelenting consistency but a number of horses within his stable.

“I notice it with a lot of horses, it’s not just him – this environment in Hong Kong is tough,” Fownes said.

“Conghua has played a big role for a lot of horses in Hong Kong, it’s great that the dual-site trainers have the opportunity to go up there and use the facilities – I have a great team up there managing the horses and looking after everything,” he added.

Southern Legend has shuttled back and forth between Sha Tin and Conghua since his second-placed effort in the Hong Kong Mile to Golden Sixty.

“It’s nice to be able to send horses up there to freshen up or clear the mind, it’s something different and there’s not too much traffic for the horses on the track.

“You have different facilities to help them and the key is that you’re able to get them on the grass a few times a week – it really helps in training horses,” Fownes said.

After completing key gallops on the grass at both Sha Tin and Conghua, trainer Caspar Fownes appeared satisfied with his gun sprinter Aethero’s progress as he builds towards a return from injury.

“He’s going really well – fingers crossed – he will have a trial soon so let’s just hope everything goes smooth at this stage,” Fownes said.

The talented chestnut, who lowered Sacred Kingdom’s long-standing 1000m track record at Sha Tin in 2019, had question marks placed over his future after bleeding in the 2020 Group 1 Chairman’s Sprint Prize (1200m) before sustaining a tendon injury last September.

The son of Sebring is yet to have a run for Fownes after switching stables at the conclusion of last season.