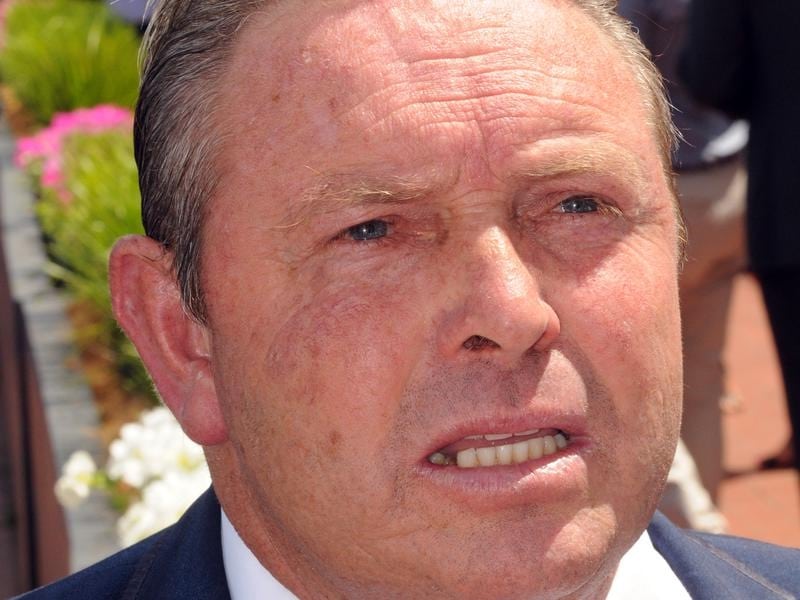 On Saturday, at the some course, 11 two-year-olds will be vying for a ballot exemption into November’s Group One Derby, or VRC Oaks, when they contest the Byerley Handicap.

Laing will be represented by Struycken, a son of Polanski, in Saturday’s 1800m race which was reintroduced last year for potential stayers.

Struycken is one of Polanski’s first crop after the stallion was retired after breaking down in the Futurity Stakes at his return run following his Derby success.

Polanski is one of only two Derby winners to have representation on Saturday with Irish Derby winner High Chaparral having Visao line up.

Struycken hasn’t set the racing world on fire finishing unplaced in two outings on country tracks, but Laing has added a nose roll to the colt’s gear on Saturday.

“I think he’s going to be alright but at this stage he’s not giving himself a chance,” Laing said.

“He’s ripping and tearing in his races and refusing to settle.

“He’s drawn out widest, he’s got a shadow roll on, so we’ll just let him roll.

“I like him. He’s a good galloper but he’s not there (mentally) up stairs but I thought the tempo of an 1800-metre race would be more to his liking so we’ll see what he can do on Saturday.”

Laing said Struycken is an imposing individual standing 17.1 hands and has the name of Lurch around the stable.

The colt gets his racing name after Carel Struycken, a Dutch actor who played Lurch in the movie comedy The Addams Family.