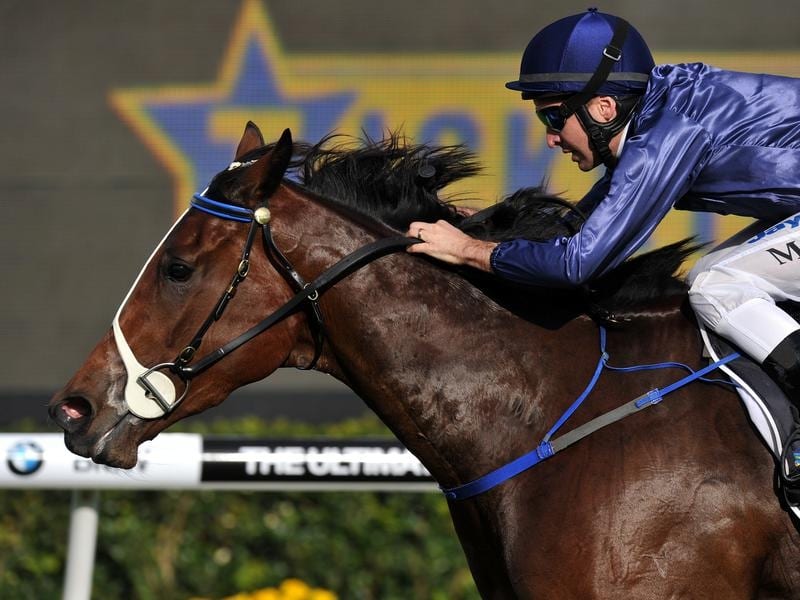 Multiple Australian Group One winner Atlantic Jewel has produced a Classic contender at Naas at the opening meeting of the Flat season in Ireland.

While racing has been shut down in Britain, it is going ahead in Ireland behind closed doors with only necessary participants on course.

The Aidan O’Brien-trained Russian Emperor, by Fastnet Rock, won the 1600m-maiden at his second start after finishing third on debut in July.

Atlantic Jewel numbered four Group One victories among her 10 wins from 11 starts.

She began her breeding career at Coolmore in Ireland and Russian Emperor has been retained by the stud and her other Australian partners including Laurie Macri.

Atlantic Jewel is now back in Australia where she was covered by triple crown winner Justify in the spring.

Seamie Heffernan rode Russian Emperor who holds an entry to the Derby at Epsom.

“When he switched out and the penny dropped he won well. Aidan’s could improve an awful lot, not through fitness, but just because they hibernate through the winter.

“He’s a group horse and if he gets a mile and a half he’s top notch.”