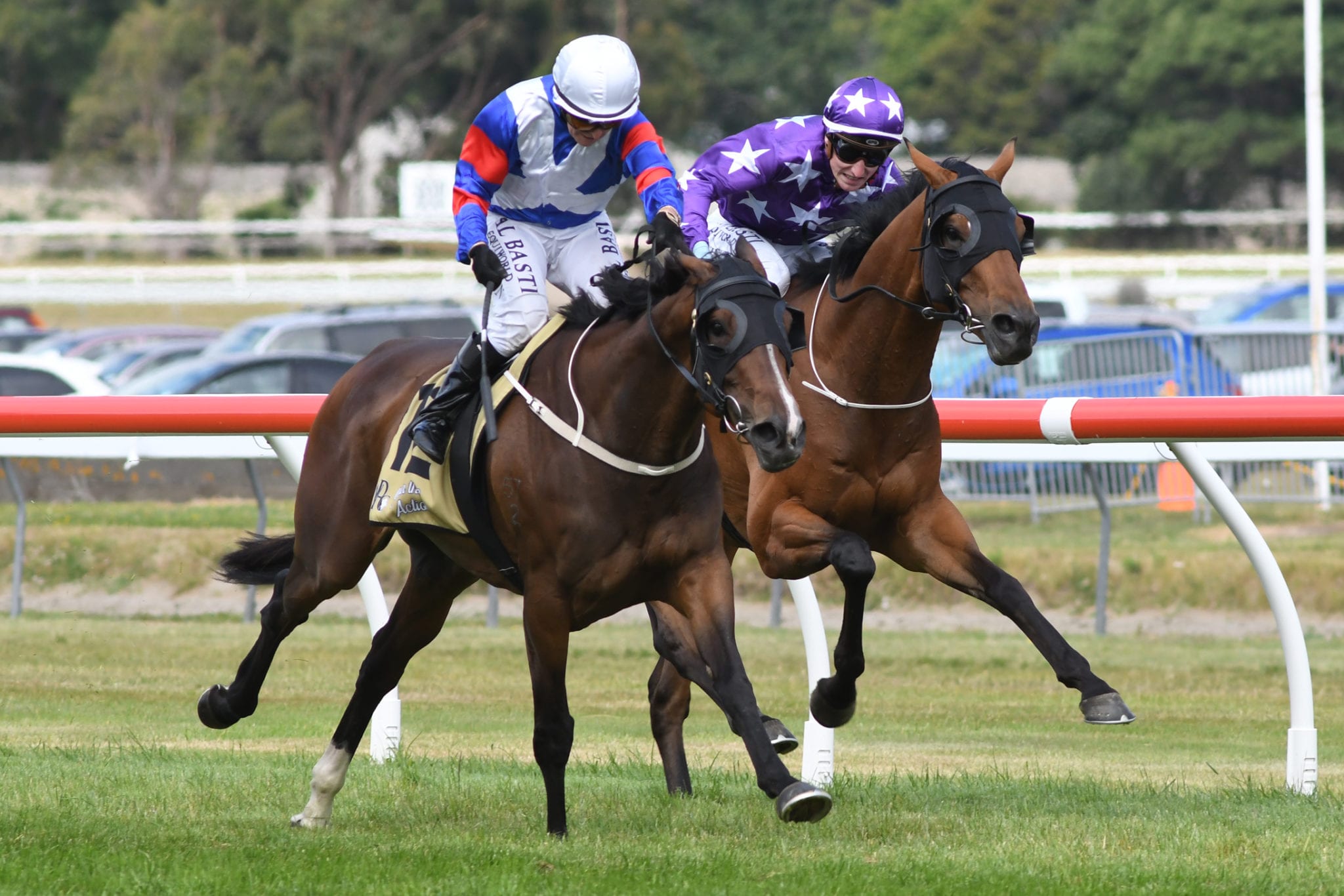 Underrated stayer Soleseifei completed a fairytale result for the Lupton family when she carried the colours worn by the legendary Kiwi to victory in the Group 3 NZ Campus Of Innovation & Sport Wellington Cup (3200m) at Trentham, thirty-seven years after the Snow Lupton-trained Waverley wonder scored in the event.

Prepared at Waverley by Snow Lupton’s grand-daughter Jamie-Lee, the seven-year-old Shocking mare was having just her second run since November when a minor injury saw her miss a start in the Group 3 New Zealand Cup (3200m) at Riccarton. Lupton fitted her charge for Saturday’s famous Trentham two-miler with an encouraging performance for third in the Listed Marton Cup (2200m) a fortnight ago, although she was mostly overlooked by punters as she started a $19 chance in the contest.

Any thoughts of receiving an easy run in the race were dashed early on when rider Trudy Thornton found herself trapped three-wide leaving the straight for the first time with the mare forced to cover extra ground throughout the race. Thornton made her move approaching the home corner and sent Soleseifei to the lead upon straightening. Soleseifei kicked clear before being hotly challenged by Toms and The Good Fight over the final 200m.

In a blanket finish Thornton threw Soleseifei over the line half a head in front of The Good Fight with Toms just a further head away in third. Thornton was quick to pay tribute to the grit of her mount. “She was entitled (to get tired) as I didn’t get a great run and she was stuck out,” she said. “She was very brave. “I was hoping to be forward but I couldn’t get there. It wasn’t until we were going down the back that I got a drag up from Sam Spratt (Justamaiz) in the three-wide train. “Turning for home she was travelling super although it’s a long straight to lead in, but she’s tough.”

The publicity shy Lupton was swamped by her extended family and a large bunch of well-wishers in the Trentham birdcage as she struggled to take in what she had just achieved. “It’s pretty thrilling after Snowy did it with Kiwi and it’s just lovely for the mare to do it too,” she said. “She had a trouble-free run because nothing was falling back on her as she has had that the whole way through. “She is a bit of a cripple and I spend a fair bit of time with her but she never goes a bad race and she tries really hard.”