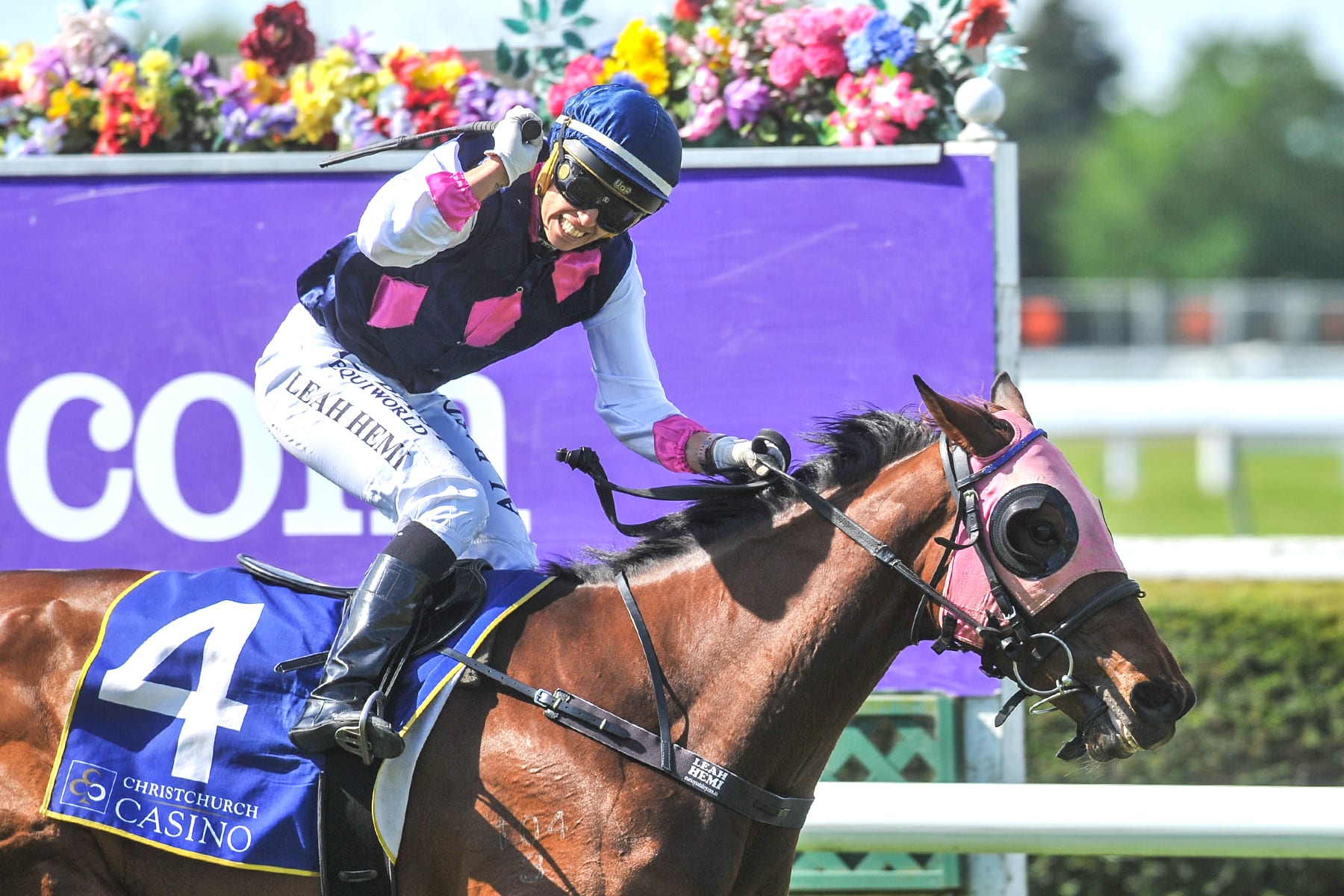 There’s nothing like recalling Dee And Gee’s Group 3 New Zealand Cup (3200m) heroics to lighten the mood for Mid Canterbury trainers Peter Corbett and Terrill Charles. The couple will produce Darci Brahma six-year-old Dee And Gee in Saturday’s Group 3 NZ Campus Of Innovation & Sport Wellington Cup (3200m) at Trentham, hoping they can improve on her second placing to Gorbachev in last year’s race.

Carrying topweight of 59kg and starting from barrier 18 doesn’t make it easy and Charles and Corbett have spoken about that at length this week but they only have to remember their mare’s tenacious New Zealand Cup win at Riccarton in November to restore their confidence. “That would be all right if she could do that again, wouldn’t it?” Corbett mused.

“She seems to know her way around these 3200m races. We’re quite happy with her. The only thing we’ve got to worry about is the weight she’s carrying. She’s got to carry 59 kilos and she’s not a big mare, though she is tough. “She did carry 59 when she ran second in the Metropolitan (Listed, 2500m) the start before she won the New Zealand Cup and she was only beaten a nose so she has proven she can carry it. But it’s still a big ask.”

Saturday’s Cup will be her fifth start at 3200m after finishing 10th in last season’s New Zealand Cup, second in the Wellington Cup, fourth in the Group 1 Auckland Cup at Ellerslie and winning at Riccarton in November. She tuned up for Saturday’s staying feature with an eye-catching sixth to the free-going winner Camino Rocoso in last weekend’s Group 3 Trentham Stakes (2100m). “We were happy with her run last Saturday. She ran through the line pretty well,” said Corbett, who has spent the week at Trentham with Charles and their travelling team of four.

“The high tempo of the race didn’t really suit her but she’s come through it well and worked well since. She had a decent hitout this morning. She’s relaxed, eating up and drinking up and seems really happy. “I wasn’t here last year. Terrill sent me with the B-team to Gore but she says Dee And Gee is probably going even better than she was for this race last year.”

Corbett and Charles will also produce King Of The Dance in the Cup as a $151 outsider after he finished last in the Group 3 Trentham Stakes (2100m). “He hit out really nicely this morning. I just don’t know what’s going on with him,” Corbett said. “He’s well but we just wonder whether that race was run at too quick a pace for him last week. On his day, he’s got something to offer over a staying distance. “Hopefully last Saturday’s run has cleaned him up enough. We’re rolling the dice anyway.”

Corbett and Charles will also produce Owen Patrick in the Go Racing Ian Paterson Memorial (1600m) backing up from a luckless run in last Saturday’s Group 3 Anniversary Handicap (1600m) and Head Office in the Shoe Clinic Premier (2200m) after his fast-finishing third last week. “Just put a line through Owen Patrick’s run last week. He was full of running and never got a go,” Corbett said. “Head Office’s run was huge and he’s thrived too. We’re expecting another big run on Saturday.”