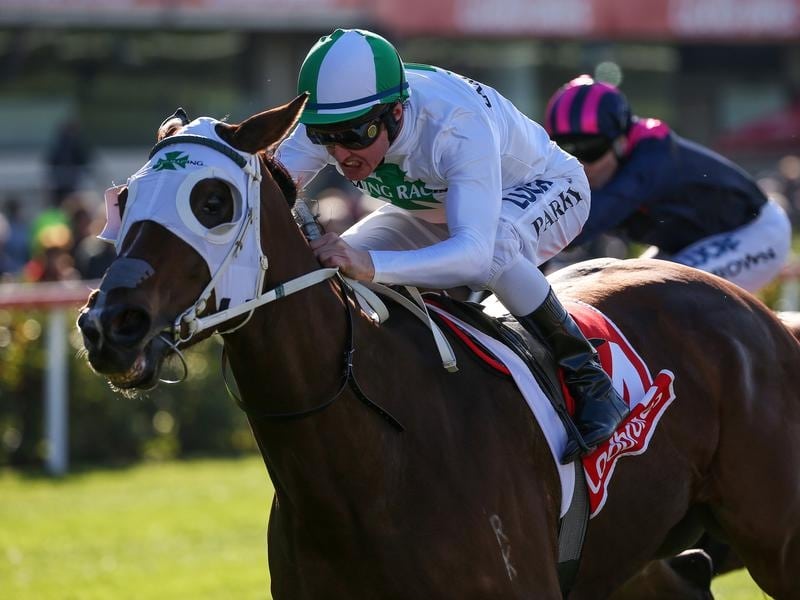 Improving Victorian mare Jamaican Rain is expected to get her preferred soft track when she tackles the Listed Glasshouse Handicap at the Sunshine Coast.

Trainer Richard Laming sent Jamaican Rain to Brisbane with the Group One Tatt’s Tiara in mind but when she failed to make the field he instead accepted with her in the Listed G H Mumm (1615m) on Saturday.

Even with Doomben rated good, Jamaican Rain, who has had five starts on wet tracks for four wins, was the pre-post favourite.

But Laming decided to withdraw her and target the Glasshouse Handicap a week later instead.

Her best win was on a heavy track when she won at Cranbourne by six lengths in May and it was that run which had Laming thinking about the winter carnival.

“Jamaican Rain is a superior wet-tracker and there is rain forecast so we will save her for the Glasshouse,” he said.

Laming is likely to get his wish for a soft track with rain predicted to for most of the week leading up to Saturday’s meeting.

Trainer Desleigh Forster is likely to tackle the Glasshouse with Someday who was also scratched from the Mumm on Saturday.

“The track ended up a good three and it would have been too hard for him,” she said.

Jamaican Rain and Someday are among 32 entries for the Glasshouse (1400m) which has a field capacity of 18 with five emergencies able to be declared.

Waller also has My Giulano and Tumultuous in the day’s other feature, the Caloundra Cup, which has 20 nominations.