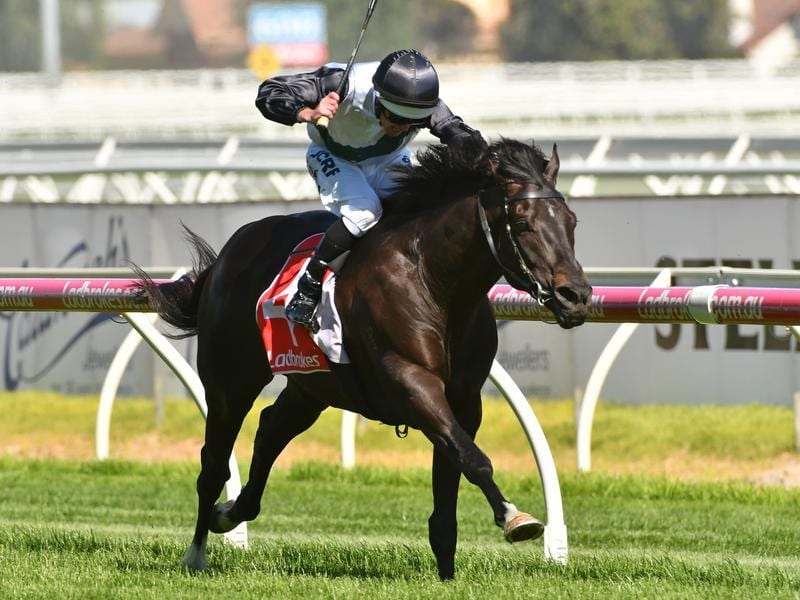 Connections of So Si Bon have celebrated victory in the Listed Lord Stakes as though the gelding had won one of Australia’s biggest races.

So Si Bon has contested a number of Group One races, finishing in the placings on occasions, but had only one win, a maiden on the synthetic track at Pakenham, next to his name in a 30-start career.

That changed on Wednesday at Caulfield with So Si Bon recordied his first win in 831 days when he took out the 1700m-race.

Heavily backed to run a $2.80 equal favourite under Luke Nolen, So Si Bon held off co-favourite Torgersen by a half-length with Age Of Fire ($7) 1-1/4 lengths away third.

Lindsay Park has worked hard resurrecting the career of the five-year-old who started off with trainer Robbie Laing.

After being barred for biting another horse in the 2017 Zipping Classic, So Si Bon was transferred to Lindsay Park but failed to mend his ways, savaging horses on another two occasions.

He was again barred and in May it appeared his racing career was over until he underwent a gelding operation.

So Si Bon made it back to the races in September and was having the sixth start of his preparation on Wednesday.

“I’m thrilled. That’s one of the bigger thrills I’ve had for a while,” co-trainer Ben Hayes said.

“He’s teased throughout his whole career but the owners have let us do what we needed and we’ve finally got a result for them.”

Hayes said the stable originally took the view So Si Bon was a fresh sprinter but after his last-start fourth at Pakenham over 1400m elected to step him up in distance.

“If it was any other horse I would have been declaring him at the top of the straight when he hit the lead, but I did hold my breath.”

Hayes said he would discuss options with his father David and fellow training partner Tom Dabernig to select a suitable race for the five-year-old.

“Hopefully he can go on and string a few together now that he’s broken through,” he said.