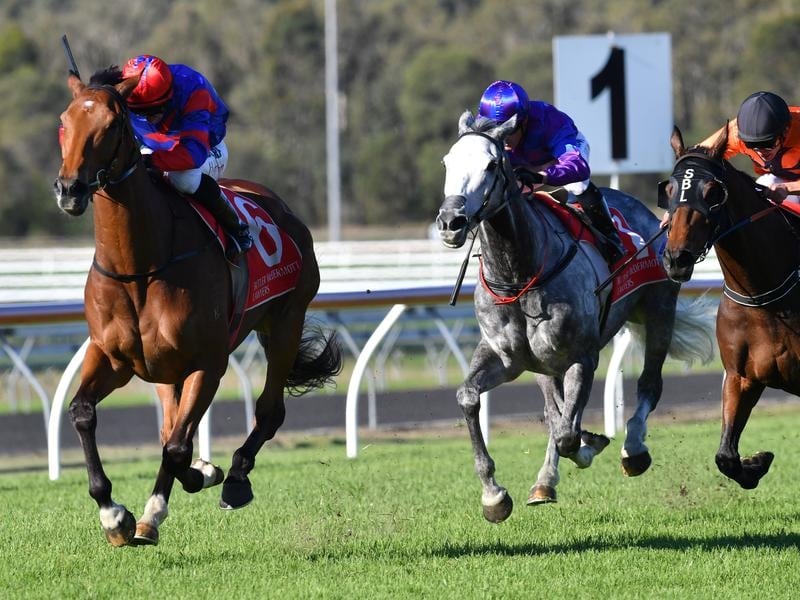 Trainer Peter Snowden has the task of finding another 3200m race for Plot Twist after the gelding gave jockey Jim Byrne a birthday present and owner Greg Kolivos his first Queensland winner.

The $2.70 favourite, Megablast, struggled over the final stages under his 60kg to finish in third place, 1-1/4 lengths back.

However, it was one of the best rides from Byrne, who turned 47 on Saturday.

Snowden said he and Byrne had worked out tactics to beat Megablast, who on paper looked the only pace maker in the race.

“We decided to lead if we could and then when Megablast made a move to stay with him,” Snowden said.

Snowden is now looking for another 3200m race for Plot Twist in Australia, where races over the distance are limited.

“He hasn’t got the turn of foot or class to run in a Melbourne Cup. But a race like the Adelaide Cup might suit him,” said Snowden, who trains the gelding with his son Paul.

Plot Twist won his first start in Ireland and was sold to Kolivos to race in Australia, where he has won five races and about $278,000 in prize money.

Kolivos and his wife Donna race the gelding in the colours worn by their former superstar galloper Pierro, who is a now a top sire.

“We have sent a few horses to Queensland over the years but that is our first winner,” Kolivos said.