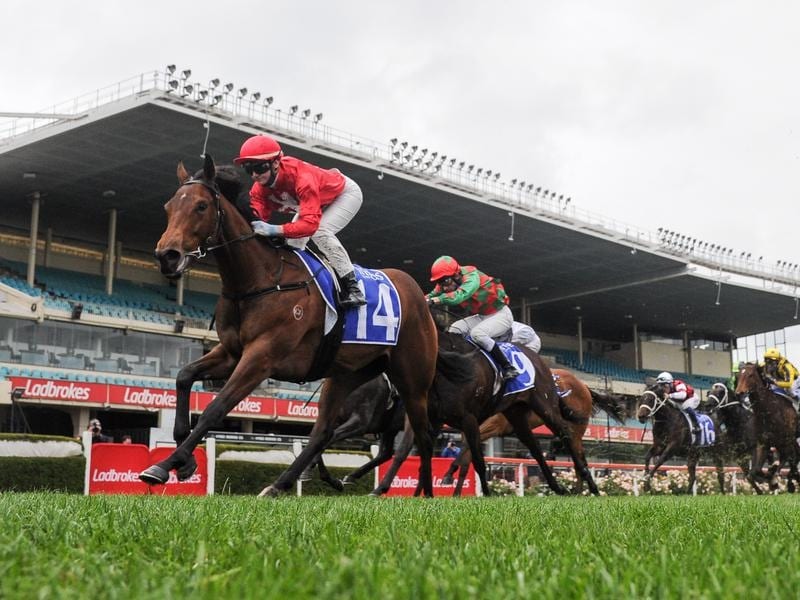 Trainers Ciaron Maher and David Eustace continue to be major players in the two-year-old features with Sneaky Five upstaging the Sydney locals to plunder the $1 million Golden Gift.

The training partners are backing up a terrific 2019-20 season in which they claimed the Magic Millions Classic with Away Game and won stakes races with Prague and Holyfield.

So far this season their two-year-old triumphs include the Gimcrack Stakes at Randwick with Enthaar and Debutant Stakes at Caulfield with Fake Love.

Sneaky Five has also contributed to that haul, claiming the Inglis Banner on debut at Moonee Valley last month, and her win in Saturday’s Golden Gift (1100m) banks her enough prize money to guarantee her a Golden Slipper start.

Jack Bruce recently assumed the role of Sydney foreman for Maher and Eustace, taking over from Annabel Neasham, and he said winning Saturday’s rich Rosehill feature took the pressure off for the autumn.

“That’s the big thing and that’s the big appeal of this race. It gets you a ticket into the Slipper and it guarantees you that start which is all-important,” Bruce said.

“You can just sit back now and plot a flight path to the big one.”

Bruce admitted the stable was unsure how Sneaky Five’s Valley form would measure up in Sydney, given that race was restricted to horse’s bought at Inglis sales.

“It’s always concerning those restricted races from the sales’ series and how that form stacks up against the better horses, in particular there’s some high-priced yearlings in this field and very nice horses who had trialled up well and had race day form,” he said.

But Bruce need not have worried as Sneaky Five packed too many punches for runner-up Cerda to prevail by a long neck with race leader Mura Mura holding third another 1-1/4 lengths in arrears.

The victory provided a spring highlight for Regan Bayliss, who relocated to Sydney at the start of the season and has worked hard to find a niche in the competitive jockeys’ ranks.

“Before I made the move I had a chat to Ciaron and asked if there would be any backing there and he said there would be if I put the work in,” Bayliss said.

“I’ve been going in every Wednesday for the last 12 weeks so I was waiting for an opportunity like this and I was glad I was able to capitalise.”

Debutant Hunnam was well backed but also floundered in the going and finished last.