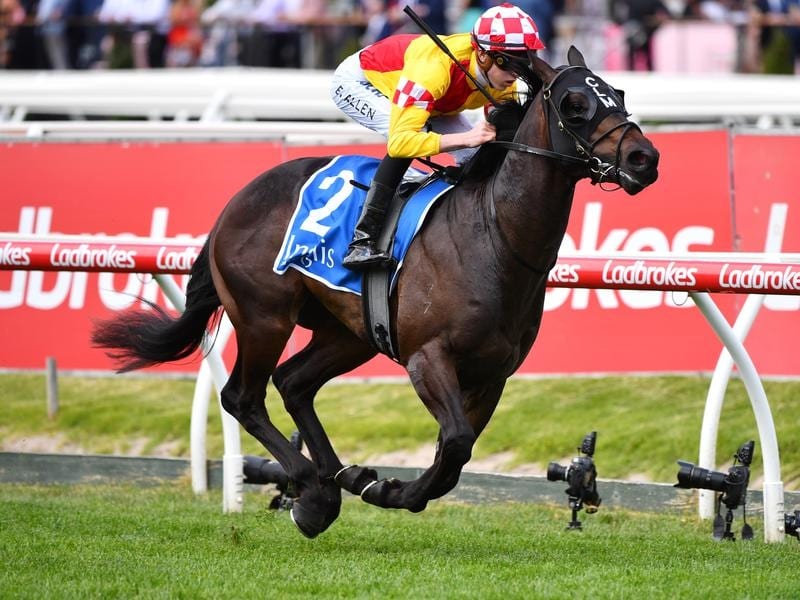 Well-bred sprinter Tanker is the favourite in opening markets for the inaugural $1 million Golden Gift which has a field of 14 two-year-olds.

By dual Group One-winning stallion Pride Of Dubai, Tanker out of Listed winner Calcatta, is one of three runners for trainers Ciaron Maher and David Eustace in Saturday’s rich race at Rosehill.

It will be Tanker’s second career start after the colt broke his maiden in the Debutant Stakes at Caulfield last month.

Tanker will jump from barrier one and be ridden by Melbourne jockey Ben Allen, who was on board for his debut win and two barrier trials at Cranbourne and Randwick.

Maher and David Eustace’s other hopes Cellsabeel ($18) and Anders ($18) are both rated double-digit chances.

Blaze A Trial is trained Peter and Paul Snowden, who trained Pride Of Dubai to Blue Diamond and Sires’ Produce Stakes triumphs before he was retired to stand at Coolmore Australia.

One punter fancies Malkovich to impress in his racing debut, wagering $2000 on the Bjorn Baker-trained colt at $51 to win the 2020 Golden Slipper.

Malkovich now sits on the second line of Slipper betting at $26 alongside Tanker, with Every Rose and Global Quest $17 joint favourites for the $3.5 million Group One race in March.