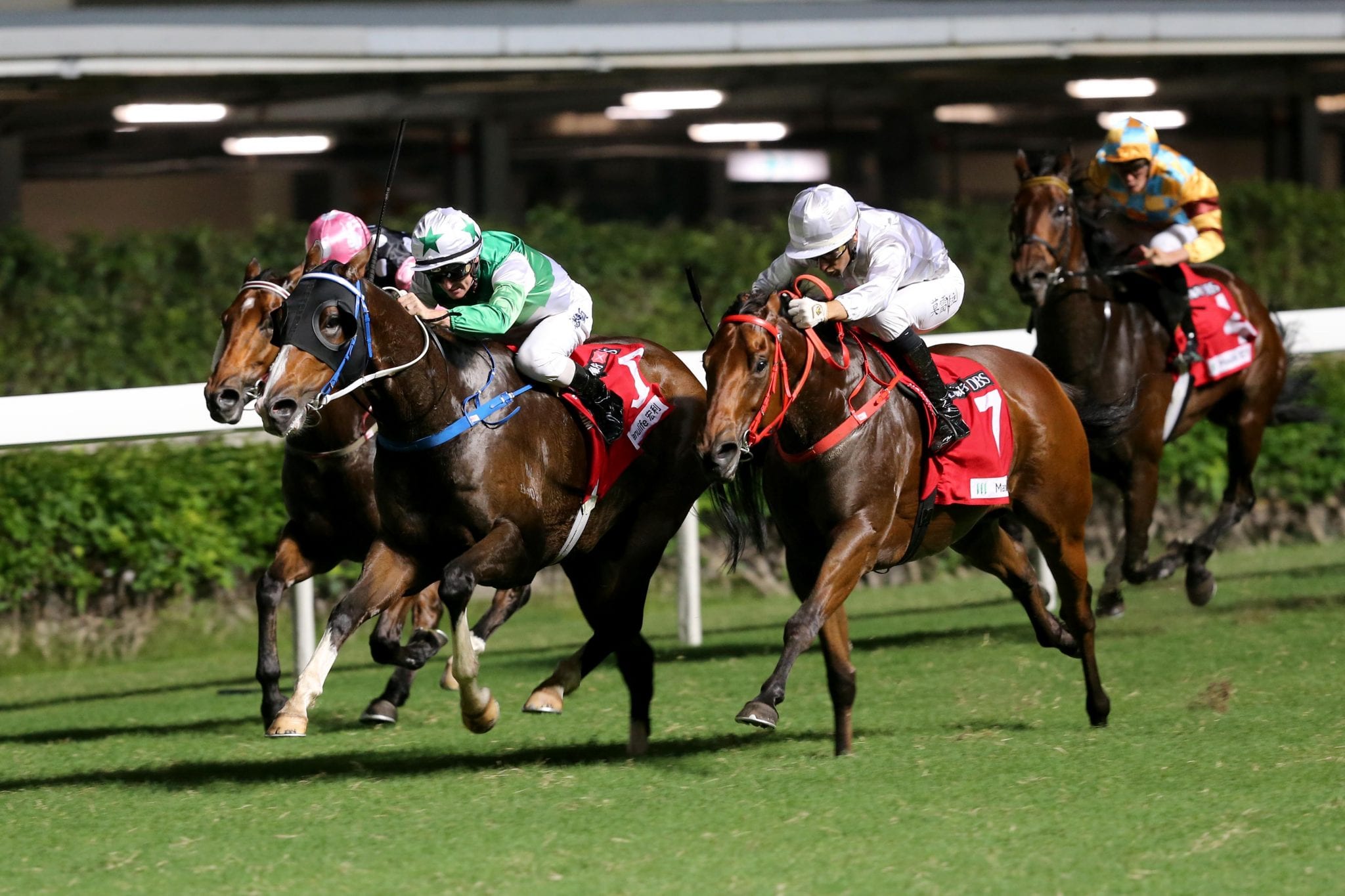 “He had a suspensory problem which flared up again and we just had to give him some time off to get over that,” Fownes said. “I’m happy to say he’s come good now, he’s very comfortable, he’s pain-free and I think he’s ready to go to the races.”

The Nadeem gelding won the first three races of his career, followed by four close-up defeats before a left-front suspensory ligament injury derailed his second campaign and halted his ascent up the handicap at 78, after beginning his career on a rating of 52 as an unraced PPG (Privately Purchased Griffin).

“He’s a nice horse – he’s got a lot of potential, he’s very consistent and honest which is great for Hong Kong,” Fownes said.

The New Zealand-bred returns with one trial under his belt where he crossed the line fifth under his own steam on the grass at Sha Tin over 800m.

“He’s a horse that swims a fair bit – we tick him over, I’m not worried about his fitness he is ready to go to the races but a few of the others in the race have been up all season, so they’re rock hard fit,” Fownes said.

“Mine will improve for the run and be better second, third or fourth-up.”

The bay will set off from gate 11 with apprentice Alfred Chan aboard, who reduces his allotted 131lb to 124lb thanks to his seven-pound claim.

“Obviously it’s not an ideal gate for his first run back – it’s going to be tough but he’s ready to go to the races and we’ll see what sort of position Alfred (Chan) can get him into,” Fownes said.

Chan is now under the tutelage of Fownes following a mid-season switch from the Frankie Lor stable.

“I think he’ll run a respectable race first-up but there’s nothing like race fitness to strip him fit for his next,” Fownes indicated.

John Size has enjoyed a strong start to the New Year with six wins through January and this Wednesday (20 January) at Happy Valley he’ll saddle seven runners across the nine-race fixture in his quest for a record-setting 12th trainers’ championship.

Aided by a treble two days ago at Sha Tin, Size – whose seasonal tally stands at 29 wins – is looking to keep on rolling off the back of a strong weekend as he aims to bridge the gap on Caspar Fownes (38 wins) and Frankie Lor (32 wins).

“We’re starting to run a few more horses now and the new ones are coming right so we’re ok,” Size said

Size’s 70-strong stable at present features 26 horses yet to make their Hong Kong debut, including two-time Australian winner Beauty Fit (ex Barocha) who impressed in a barrier trial on the grass at Sha Tin this morning (19 January).

But with Wednesday approaching, the handler’s strong hand at the city circuit is headlined by the consistent Scores Of Fun in the second section of the Class 3 Sheung Hei Handicap (1200m).

“He’s healthy and well – he seems the same there’s no change in him and he seems to have pulled up well from his last start, so he has a good gate and he’ll probably run a good race,” Size said.

Vagner Borges takes the reins atop the chestnut and the duo will break from gate four against 11 others, while the race prior, the Class 3 Tai Yau Handicap (1650m), fellow Brazilian jockey Joao Moreira will team with Size aboard Wealthy Delight, who sets off from gate 12 of 12.

“He seems ok in Class 3 – he’s got a light weight but sadly on Wednesday night he has an awkward draw on the outside, so we’ll have to deal with that.

“But he seems healthy and well, he’s always been sound and in good shape so I’m sure he’ll run well but the draw doesn’t help him,” Size said.

Size also saddles Dr Eq who steps down to Class 5 for the first time to contest the Ng Fong Handicap (1000m).

“He trialled alright – he’s been a long time coming but he looks like he’s sort of mature and ready now.

“He too has an awkward draw (gate 11), I would have been much happier if he got a gate because things can go horribly wrong from there but the horse seems fine,” Size said.