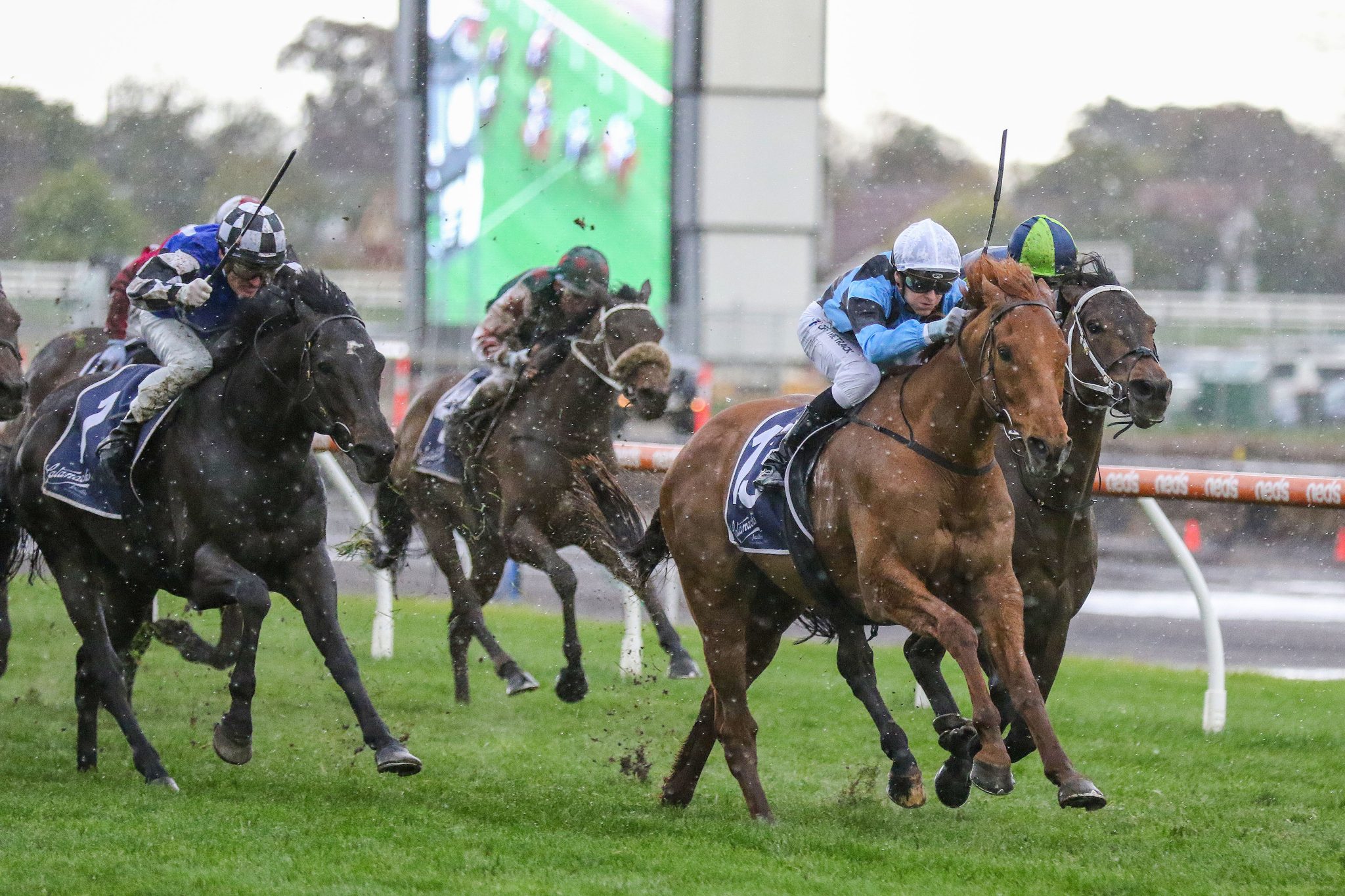 Venerable six-year-old Smokin’ Romans has qualified for next month’s Group 1 Caulfield Cup (2400m) with a gritty on-speed performance to win the Group 3 MRC Foundation Cup (2000m) at Caulfield on Saturday in the hands of Ethan Brown.

The New Zealand-bred son of Ghibellines leapt from 57th in order of entry to be free from the ballot for a Caulfield Cup start after staving off the challenge of Uncle Bryn and stablemate Gold Trip to score by three-quarters of a length.

It was the eighth career victory for the Ciaron Maher and David Eustace-trained stayer and a tilt at the $5 million feature as a light-weight prospect is now on the cards.

“Smokin’ Romans aim was The Bart Cummings (Group 3, 2500m) for the prep to get him into the Melbourne Cup (Group 1, 3200m), but what a great problem to have to switch to the Caulfield Cup,” Maher said.

“He’s always been a bit of a quirky horse. At the end of last prep, we sent him down to our beach facility. When he went to a different place, a racetrack, he would lose it a little bit.

“So, we sent him down there so he would get on and off a truck each morning and we’ve really seen the benefit of that now. He’s trained down at Fingal, the girls have done a fantastic job down there.

“He’s carrying a lot more strength because he’s a lot more relaxed. He put the writing on the wall last start at 2000m, but he struck Mankayan, who was a fit racehorse.

“It was a beautiful ride by Ethan Brown, who went forward and looked to control the speed. He looked in control the whole way.

“The owners and I have always had high aspirations for him and just looking at the horse, you can tell he was in for a great prep.”

Smokin’ Romans was a firmer in the market in the rain-softened conditions, eventually starting at $8.

Jockey Ethan Brown was delighted to have delivered on Smokin’ Romans.

“On paper there looked to be no speed and he was in really well at the weights,’ Brown said.

“He jumped well so we went forward and I thought we had it very easy out in front. We picked it up from the 700m and I liked late how he really dug in.

“He’s going to get better over further, possibly even when the shades go on, he is going to find more again. He’s done a terrific job today and whatever he’s done today, he’s going to improve on.”

Brown is unlikely to be able to ride Smokin’ Romans in the Caulfield Cup despite the likelihood of a small re-handicap from the minimum weight of 50 kilograms.

Bred by Brian and Lorraine Anderton’s White Robe Lodge, the son of Ghibellines is out of the Anderton’s high-class staying mare Inferno, the winner of ten races including the Group 3 Canterbury Gold Cup (2000m) twice.

He sports the colours of Kiwi owner Don Frampton, who has raced Group One winners such as Booming and Trounced.

Frampton secured a share in the gelding following his sale to currently disqualified trainer Darren Weir for $52,500 during the Book 1 sale at Karaka in 2018.

“He was a horse I took a liking to when I first saw him at Karaka,” Frampton recalled.

“I was a little bit late getting down to the sale and seeing him go through the ring but I followed up afterwards with Darren Weir who had bought him.

“I spoke with Darren and it turned out he had bought him as a spec horse so I said to him to give me 24 hours and I would get a group together to race him.

“We ended up getting sixty-five percent for a bunch of my friends who are all Kiwis.

“When Darren got into trouble, he was moved to Ciaron and David and we retained our share in him.”