Smith to target Championships with Nimalee 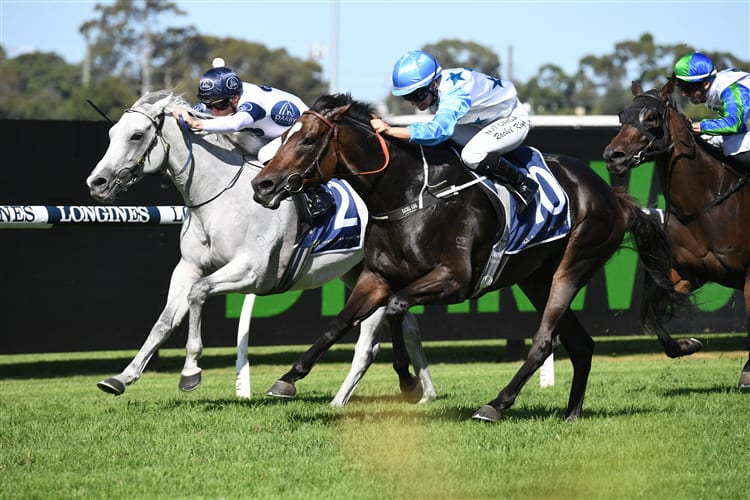 Matthew Smith has produced a brilliant training performance to win the Emancipation Stakes with Nimalee, six weeks after a stone bruise threatened to derail her autumn.

In a sign of Smith’s maturity as a trainer, he took a deliberately patient approach with the mare and didn’t panic after she suffered the setback following her first up win in February.

“I definitely would have mucked it up a few years ago but you get a bit better at what you do and you’ve just got to make sure you get them right,” Smith said.

Nimalee (+320 fav) camped off leader Greysful Glamour (+450) and showed great tenacity to get the better of her by three-quarters of a length with Victorian Quantum Mechanic (+2000) closing for third.

Smith confirmed the winner would head to the Group 1 Coolmore Legacy (1600m) on the second day of The Championships at Randwick.

Having lost stable star Fierce Impact to stud, Smith is rapt to have another quality horse on his hands.

“It’s nice to have another one coming through,” he said.

“She can go to the next level, I hope. That was a good effort, six weeks between runs, to win that today.”

Krone’s winning run came to an end in the Emancipation with jockey Tim Clark saying she performed below expectations while Damien Oliver, who partnered sixth placegetter Rich Hips, was critical of the Rosehill surface with horses struggling to make ground in the opening races.