Smith Expecting Fierce To Have An Impact 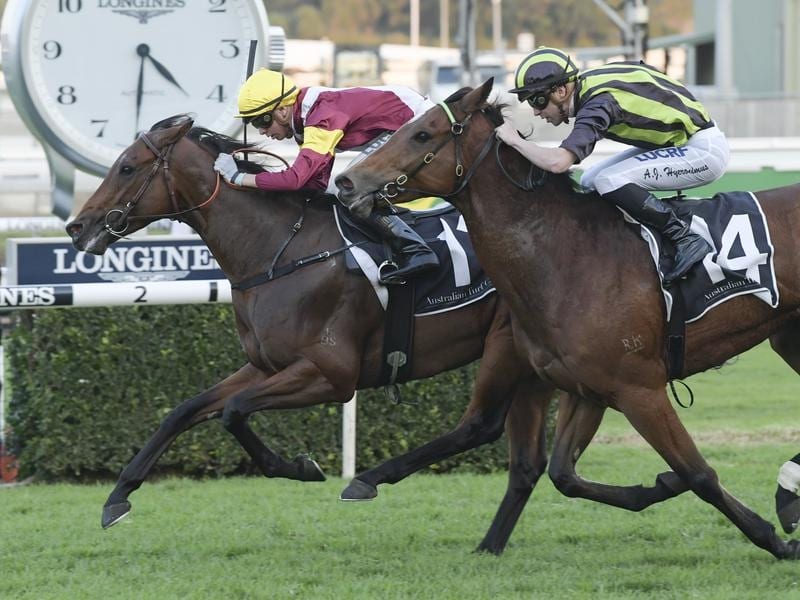 The Anthony and Edward Cummings-trained Sky Boy has risen through the ranks during the spring and summer recording five consecutive wins culminating in the Group Two Villiers Stakes on December 15.

Three weeks earlier, Fierce Impact finished second to Sky Boy over 1800m at Rosehill and has won a barrier trial since to prepare for Wednesday’s 2000m-feature at Randwick.

The form from the Rosehill race is even more encouraging given third-placed Etymology won at Flemington on Saturday.

“I’m very happy with him and my only slight concern is the five weeks between runs but he has had the barrier trial so he is fit enough,” Smith said.

“I think he will run the 2000 metres out with no problems and the form behind Sky Boy does give me confidence.

“He is in his second Australian preparation now and seems to have adapted well to our training and racing styles but with these Europeans you don’t know until you try them.”

Fierce Impact was bred in Japan and sent to England to be trained as a Derby prospect by David Simcock.

He made a winning debut as a two-year-old over 1611m but didn’t reach the standard of the Derby at Epsom.

In his first Australian preparation he won over 1400m at Randwick in May.

“We bought him at the Tatt’s Sale for horses in training thinking he would be a horse suitable for Australia,” Smith said.

“He is definitely a nice horse and has a good race in him.”

The Chris Waller-trained My Nordic Hero, third in the Villiers, is the early $3.90 Summer Cup favourite ahead of Villiers runner-up Aloisia at $5 and Fierce Impact at $5.50.

Smith’s other high-profile import Invictus Prince is back in the stable after a short break and will be prepared for autumn racing.

Formerly trained by Sir Michael Stoute for the Queen and known as Mainstream, Invictus Prince has yet to win in Australia but boasts a second to champion Winx in the race named in her honour in August.

“He looks fantastic and we will get him ready for autumn in Sydney and Brisbane,” Smith said.